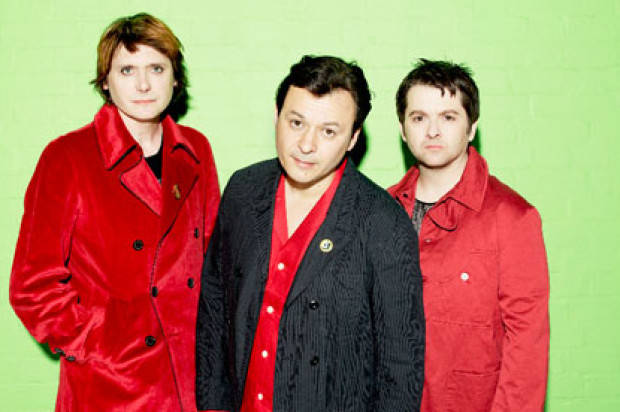 Just over nine months since the release of their acclaimed UK top 5 charting eleventh studio album‘REWIND THE FILM’, the Manics swiftly follow with a brand new record, ‘FUTUROLOGY’, out 11th July 2014. Recorded at the legendary Hansa studios in Berlin and the band’s Cardiff base Faster, the thirteen track record sees the band in furious, propulsive, expansive form – a distinct departure to the last record, whilst still inimitably the Manic Street Preachers. With clear European influences and feel, the first track to be released is ‘Walk Me To The Bridge’.

In a recent conversation with the Quietus’ John Doran, Nicky Wire explained how that track’s lyrics were formed some years previously. “People might have the idea that this song contains a lot of Richey references but it really isn’t about that, it’s about the Øresund Bridge that joins Sweden and Denmark. A long time ago when we were crossing that bridge I was flagging and thinking about leaving the band (the “fatal friend”). It’s about the idea of bridges allowing you an out of body experience as you leave and arrive in different places.” James Dean Bradfield describes the track as “an emotional European driving song with early Simple Minds synths and a Heroes-esque Ebow guitar solo.”

The songs on ‘FUTUROLOGY’ were inspired by travelling through Europe, the pioneering artistic spirit of early 20th Century modernist art and the maverick music of Krautrock and New Pop. Nicky Wire says:“During our last European tour we really reconnected with this idea of travelling on the Autobahns listening to records by Kraftwerk, Neu!, Andy Weatherall, Popul Vuh and Cabaret Voltaire. The idea of being on these endless futuristic roads but being surrounded by these ancient forests at the same time. It’s a magical feeling and it makes you think of soundtracks in your head as you’re travelling through this landscape.”

The artwork for ’FUTUROLOGY’ features imagery by German artist Catrine Val (chosen by the band when they saw her work in her book ’Feminist’).

Manic Street Preachers have just finished a triumphant UK tour (“We still love them, and they still love rock, and the rebel visions it allows” 5* Independent) and are due to head to Europe for dates before returning for several festival appearances.