MARGOT ROBBIE IS IN DREAMLAND 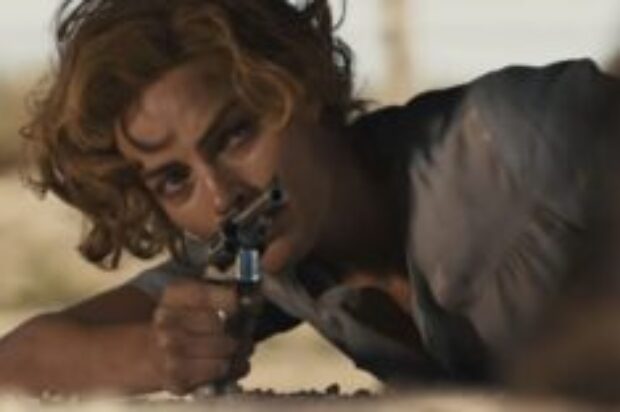 Dreamland recently released its latest trailer, revealing that it is set during America’s Dust Bowl in Texas. Robbie’s character, Allison Wells, is running from the law, and desperate to make an escape to the southern border.

Wells is aided by a young man named Eugene Evans, played by Peaky Blinders’ Finn Cole. Evans agrees to help Wells because she has offered to pay him $20,000, but he soon becomes infatuated with her, creating a Bonnie and Clyde dynamic between the two.

Robbie and Cole are no strangers to playing flashy criminals, but the trailer to Dreamland paints a more grounded a weighted setting for their characters.

So how does Robbie transform herself completely to become a character? In a recent interview with Project Casting, Robbie said one the main things she loves about acting is when it requires her to learn a new skill.

She said, “I get excited when there’s a skill set you get to learn, and we’re so lucky and spoiled that they get someone really good to teach you. Beyond that, I am kind of a crazy person when I prep. I do timelines and backstories, I work with a dialect coach, a movement coach, and an acting coach.”

Robbie has learned a lot of new skills as an actor over the years. She has learned to shoot guns, and for her role as Harley Quinn she performed a lot of her own stunts. She will get to display those same skills in Dreamland; her transformative acting skills will be on full display in this criminal action drama.

Dreamland is scheduled for a limited release in theatres this November 13th. In will then go on-demand on streaming services that include Apple TV and Amazon Prime.