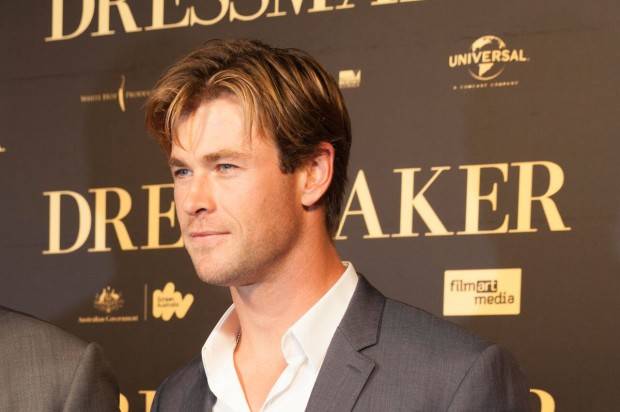 Directed by New Zealander Taika Waititi (currently in Queensland promoting his latest film “Hunt for the Wilderpeople” with Sam Neill) the third instalment of Marvel’s popular Norse Super Hero will also include two of the front-runners to replace Daniel Craig as James Bond, following rumours this week that he’s downed his last martini –shaken not stirred. Current favourite in the Bond-betting market, Tom Hiddleston (here on the Coast earlier this year to film 2017 release Kong Skull Island), will reprise his star-making role as Loki Norse god of Mischief and Thor’s adopted brother while Idris Elba, a firm fan-favourite to take on the iconic Bond role, is returning as the all-seeing Asgardian sentry, Heimdall.

The big surprise in the returning cast announced by Marvel Studios overnight was Sir Antony Hopkins (“Silence of the Lambs,” “Nixon,” “Hitchcock”], with many fans believing they may have seen the last of Thor’s father Odin after the second movie. After months of rumours Mark Ruffalo, Marvel’s Hulk, has also been officially confirmed for the film however Marvel head and the movie’s producer, Kevin Feige last week ruled out the return of Natalie Portman (Jane Foster Thor’s love interest in the first two films) as most of the action takes place away from her native Earth.

The returning cast will be joined by some very big names led by Blancett (Blue Jasmine, Carol, Cinderella) who has been cast as the “mysterious and powerful new villain Hela” along with Jeff Goldblum (the upcoming “Independence Day: Resurgence,” “The Grand Budapest Hotel,” “Jurassic Park”) as “Grandmaster” and Kiwi and Star Trek star Karl Urban (Bones in the Star Trek trilogy) who is set to play Skurge.
Creed and Selma star Tessa Thompson’s seat on the plane to Australia has also been officially confirmed. Thompson will play the classic hero Valkyrie – rumoured to be Thor’s new love interest.