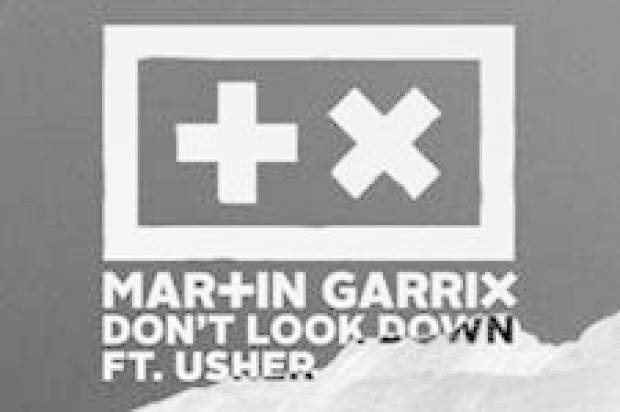 The videos were directed by Petros and stars model Natalia Bonifacci and actor AJ Knight, with a cameo by notable dancer Richie Greenfield.

The videos premiered today as part of the 2015 YouTube Music Awards (#YTMA) and playfully embodies the song’s uplifting “carpe diem” anthemic message of overcoming rejection and hardships, and living your life to the fullest.

Martin Garrix was chosen as one of a select few artists to be honored at this year’s YouTube Music Awards. YouTube and Martin Garrix are celebrating with the premiere of both the ‘Don’t Look Down’ videos today on YouTube.

Link to sneak peek of Martin Garrix & Usher in the studio: http://smarturl.it/DLDstudio

At only 18-years old, having signed to Spinnin’ Records and backed by Scooter Braun, Dutch DJ superstar Martin Garrix, has become one of electronic dance music’s youngest superstars, amassing a chart-
      
 topping, high-streaming musical legacy along the way. Leaping 36 places to #4 of the DJ Mag Top 100 charts in 2014, garnering both the attention of Billboard’s prestigious “21 Under 21” as well as Forbes’ “30 Under 30” list and dropping his first BBC Essential Mix, Martin Garrix’s story is only just beginning. His global smash hit single ‘Animals’ charted at #1 in the UK and reached international platinum status with to date more than 100 million streams on Spotify and 400 million views on YouTube. Entering 2015 with high-profile shows and festivals on the calendar and a brand new residency at Las Vegas’ super club Omnia, Martin’s ambitions continue to ramp up. He’s currently been working in the studio finishing new tracks for his debut album, including collaborations with Usher, Ed Sheeran, David Guetta, and Tiesto, among many others.

These YTMA artists were chosen by its viewers. These artists were selected for showing the biggest growth in views, subscribers and engagement over the last six months, making them the biggest artists to watch on YouTube in 2015, and YTMA winners. These artists prove that YouTube is not only a place to launch new music and be discovered by fans around the world, but also where artists and fans truly connect. At its best, music is about the full experience of sight, sound and participation. YouTube has selected some of the most original music video directors alive today to produce new videos with the selected artists, and enlisted VICE to produce the entire program. These artists will even pull some of you into the action, inviting you to go behind the scenes at shoots, be a part of their videos and more.

Stay tuned by subscribing to the YouTube Music Awards channel.