Cinematic Universe goma MARVEL QUEENSLAND by Caroline Russo | on November 1, 2016 | 0 comments | in arts | Like it 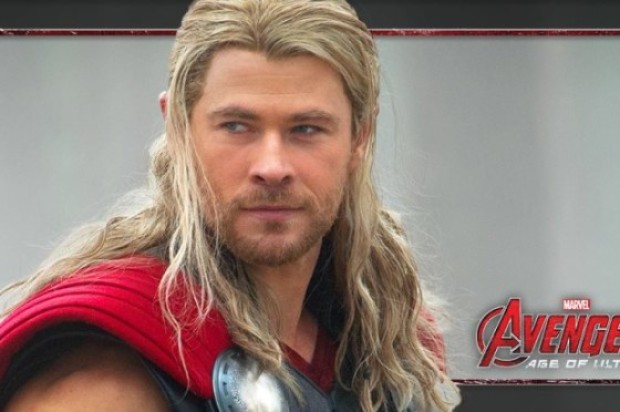 Marvel’s super heroes will descend on Queensland next year in a world-first, large-scale exhibition at Brisbane’s Gallery of Modern Art (GOMA).

Queensland Premier and Minister for the Arts Annastacia Palaszczuk today announced the Marvel: Creating the Cinematic Universe exhibition will be exclusively at GOMA from 27 May to 3 September 2017.

The blockbuster exhibition will follow characters including Thor, Iron Man and Captain America from the comic books to cinema screens, in the largest ever Marvel presentation in an art museum, worldwide.

“My Government has reinstated funding of up to $10.8 million for blockbusters at the Queensland Art Gallery | Gallery of Modern Art (QAGOMA) and this is the first of many exciting outcomes,” the Premier said.

“The filming of Thor: Ragnarok in Brisbane’s CBD generated a Marvel buzz that is certain to continue with the opportunity for comic book and movie fans to exclusively view pieces from the MarvelCinematic Universe.

“I have personally championed this project because I know it will draw visitors from across the country and the Asia-Pacific, meaning more tourism jobs for Queenslanders.”

“The crews, the people, and the support that we’ve received from Queensland and the country of Australia has been amazing,” Mr Feige said.

Minister for Tourism and Major Events Kate Jones said Marvel: Creating the Cinematic Universe would be a great drawcard for visitors and reinforce Queensland’s reputation as a premier arts and cultural destination, as part of Tourism and Events Queensland’s major events calendar.

“This exhibition is another outstanding addition to Queensland’s world-class events calendar which draws thousands of visitors a year, helps grow our tourism industry and delivers jobs,” Minister Jones said.

QAGOMA Director Chris Saines said the exhibition would use original artwork, film props, costumes and the moving image to bring to life Marvel: Creating the Cinematic Universe which features characters including Iron Man, Captain America, the Hulk, Black Widow, Ant-Man and the Guardians of the Galaxy.

“Marvel: Creating the Cinematic Universe will draw from the collection of Marvel Studios and Marvel Entertainment and private collections,” Mr Saines said.

“It will give significant focus to the creative artists who translate the drawn narrative to the screen through production design and storyboarding, costume and prop design, and special effects and postproduction on this series which has redefined the cinematic super hero.

“The exhibition experience will extend into GOMA’s Australian Cinémathèque with a retrospective of the Marvel Cinematic Universe of films,” he said.

Kylie Watson-Wheeler, Managing Director, The Walt Disney Company Australia and New Zealand said the GOMA exhibition would provide Marvel’s Australian fans, some of the most passionate in the world, with the opportunity to truly immerse themselves in the Marvel Cinematic Universe.

“The power of Marvel lies in its broad appeal and how it connects with people of all ages. It’s wonderful that Queensland, QAGOMA and Marvel could bring this exhibition, the largest of its kind, to the people of Australia,” she said.

Marvel: Creating the Cinematic Universe is organised by the Queensland Art Gallery | Gallery of Modern Art in collaboration with Marvel Entertainment. The exhibition has received additional support from the Queensland Government though Tourism and Events Queensland (TEQ) and Arts Queensland.