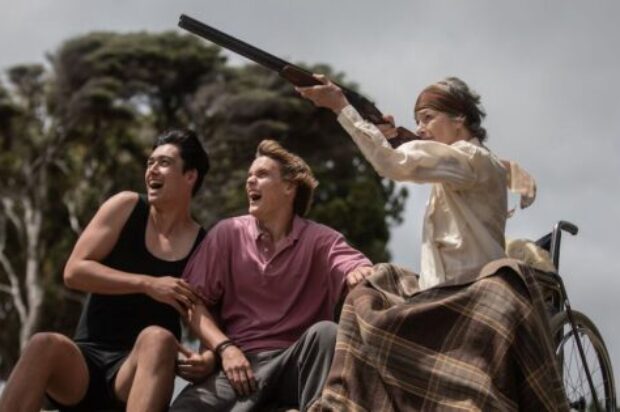 New Zealand filmmaker Matthew J Saville spoke with us this week who is about to release his new film next month “Juniper”.

The film and story are focused on Sam (17) who has been on a self-destructive spiral that could lead to his death. He returns home from boarding school to find his wheelchair-bound English grandmother, Ruth, has moved in. Ruth is an ex-war photographer with a lust for life and a love of the bottle. Sam soon finds himself profoundly confronted by her alcoholic wit and chutzpah. Their first meeting is awkward; their second violent. Things get worse when Sam finds himself stranded alone with her and her nurse Sarah for the school holidays. Both strong-willed characters, a battle of supremacy ensues, enabling Sam to embrace life again and for Ruth to face her mortality. 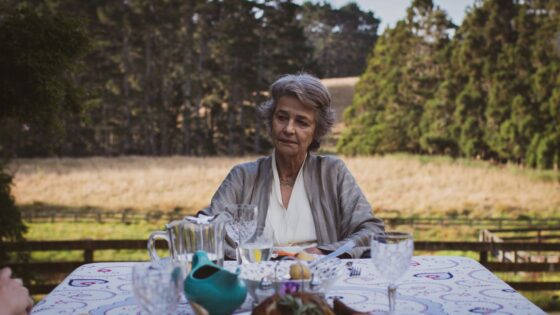 Saville says that Juniper is a very personal story based on my experiences as a teenager. When I was 17, my alcoholic grandmother broke her leg and moved from Europe to live in New Zealand in the family home. Heather had lived an incredible life, she was in Spain during the Spanish Civil war, braved Africa, and drunk enough gin to pickle an elephant. In fact, when I knew her, she drank two-thirds of a bottle of gin every day. She was sharp, charming, funny, and rude. She brought all of us to tears, and also to fits of laughter, from her chair in the room we built for her. A chair she was confined to, as her broken femur never healed, and she never walked again.
Heather was rude and fearless, yet it was apparent that despite pushing us all away, she was desperately afraid of dying alone. She got her wish. I was lucky enough to hold her hand as she passed.

Juniper is one of those films that has something of a message to share and Charolotte Ramping is a delight to watch as to her role here as is young George Ferrier. 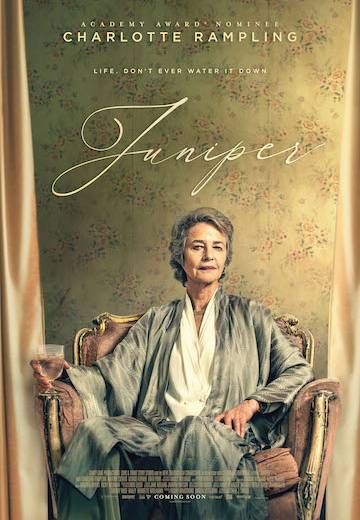