Actors Event Cinema Meet and greet QA QPAC sound of music von trap family by Caroline Russo | on April 8, 2016 | 0 comments | in Whats the Buzz | Like it 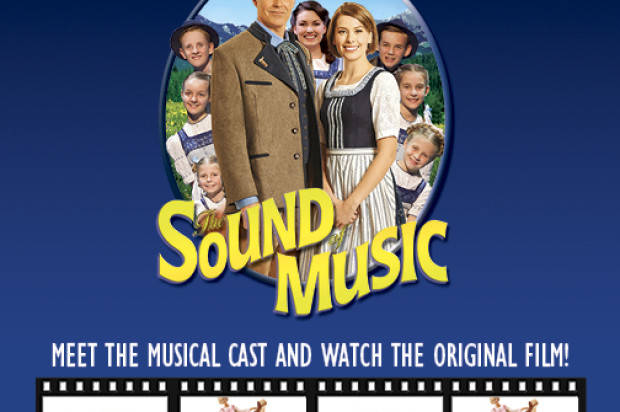 The world’s favourite musical, The Sound of Music lavish London Palladium production is now showing in Brisbane at QPAC’s Lyric Theatre. In honour of the Australian production, exclusive to Event Cinemas, Event Cinemas Chermside will be screening the original Sound of Music film starring Julie Andrews on Sunday 17 April with a special guest appearance from a selection of the London Palladium production cast including Cameron Daddo.

This is a wonderful opportunity for fans to get up close and personal with the cast with a Q&A and signing experience, hosted in the cinema by local media personality Greg ‘Hinksy’ Hinks. Fans are also encouraged to come dressed up in their best Sound of Music inspired costume for their chance to win tickets to the lavish and critically acclaimed musical.

Inspired by the lives of the actual von Trapp family, The Sound of Music tells the uplifting story of Maria, a fun-loving governess who changes the lives of the widowed Captain von Trapp and his seven children by re-introducing them to music, culminating in the family’s escape from the Nazis across the mountains from Austria. It features an unforgettable score that includes some of the most famous songs ever performed on stage, including My Favorite Things, Edelweiss, Do-Re-Mi, Sixteen Going On Seventeen, The Lonely Goatherd, Climb Every Mountain and the title song, The Sound of Music.

Don’t miss out secure your tickets at eventcinemas.com.au or at the box office!