Meet KOOZA’s JIMMY IBARRA, the man behind the WHEEL OF DEATH 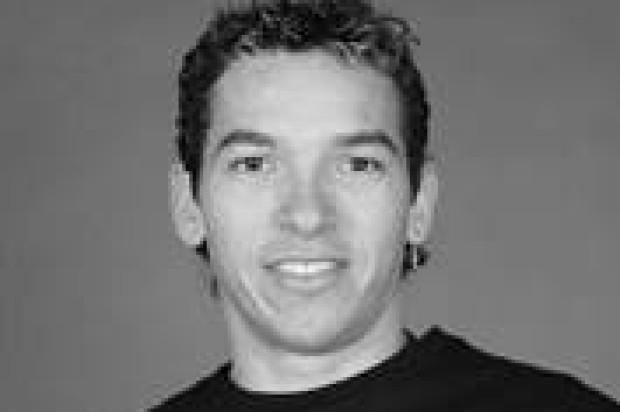 Defying Gravity and Standing Ovations – All in a Day’s Work. Meet the extreme circus artist making Brisbane cover their eyes

He brings the adrenaline, he is the jaw-dropper, he defies gravity and he literally dances on air. He is an extreme circus artist and every day he pushes his act just that little bit further, because, well, he can.

Meet Jimmy Ibarra from the dare-dazzling KOOZA by Cirque du Soleil. His apparatus of choice is the internationally revered (and feared) Wheel of Death, and in every show he shows audiences just why it’s named what it is – one wrong move, one overbalance, and, well, he’d prefer not to think about that. Fortunately, Jimmy has both extreme balance and extreme bravery in his blood, he is from a family line of South American circus artists – which sounds incredibly cool, and it is.

Jimmy is a third generation circus performer; his father and grandfather performed in circuses in South America as trapeze artists and clowns. Based in Columbia, they travelled the world performing in what was then very traditional circuses.

In a great irony, Jimmy admits that clowning as a circus craft never appealed, even though his father and grandfather were both accomplished in the art. “The idea of having makeup on my face didn’t appeal to me, I didn’t want to wear it performing….. and now, well the makeup I wear in the Wheel of Death is some of the most highly designed we have, which is typical of Cirque du Soleil – the artistry of the makeup tells the story behind the costumes and the artists, it’s part and parcel of the act, and it actually enables me to prepare mentally.”

Skill of his level is a long time coming. At 14 Jimmy saw the Wheel of Death, and was immediately besotted. This was the apparatus on which he could reach the skies and keep going. For 15 years he toured Europe and South America fine-tuning his skill and creating bigger wow moments and more audience eye-covering acts that are talked about in hushed tones at watercoolers the next day. He is now a master of his craft (although he would never admit that himself, although regular standing ovations from 2,000 ticketholders under the Big Top would certainly back him as easily Best on Ground). This craft – one that requires military-like precision, extreme fitness and is a carefully measured combination of acrobatics and gravity.

“When I first saw the Wheel of Death I knew it was for me. I knew that I could work for many years on this and always create new acts, new movements and push the boundaries of performance, strength and gravity,” he said. “I committed to perfect the Wheel of Death, to evolve the act and take it to new levels.”

Like all professional athletes, Jimmy likes to win, and this means being in top physical nick all the time. “The act is highly physical and full of cardio – we combine technology with robotics and the human body, and I need to ensure that I’m always in top form. The essence of the apparatus is used to train astronauts, however Cirque du Soleil of course added key design elements that make it performable – pendulum baskets included,” he said.

Of course, there have been close calls. When he was 20 he had a fall (on his head no less) which was result of his youth he attests. “I didn’t respect the gravity or the altitude, and I paid for it,” he said.

He joined Cirque du Soleil in 2007 after auditioning in Germany and has been a part of KOOZA since it was created. “Practice absolutely makes perfect at Cirque du Soleil, so there are very rarely any mishaps. We train every day and watch each show back on recorded vision so we know exactly how we performed, and where we can improve.”

“It’s a huge adrenaline rush performing on the Wheel of Death, but having an audience who gets it, and loves the action and appreciates the danger makes everything so much better. The buzz is fantastic.”

Not surprisingly, in his free time Jimmy loves motorbikes and has a Ducati Hypermotor (sportsbike) on which he has another repertoire of tricks. He’s also a newly mad surfer – and so is absolutely loving being in Australia, home of the best beaches in the world!! “I love surfing and your beaches are amazing. I’m not that good though, so I hope when I leave after the national tour, I’ll be able to hold my own on any wave anywhere, because you guys rule the waves!”

Did we mention he’s a mad soccer fan, supports Real Madrid and has a photo with Ronaldo – well we have now!

So if you see Jimmy in the air performing in Kooza, or on a wave perfecting his surfing, or pounding the pavement keeping up his cardio, say g’day. But don’t mention the makeup!

ABOUT KOOZA by Cirque du Soleil

KOOZA by Cirque du Soleil plays under the Big Top at Skygate Brisbane Airport to January 8.
One of the most acrobatically dangerous shows in the Cirque du Soleil stable, KOOZA is a magnificent, sparkling homage to the traditions of circus and combines thrilling acrobatics with the art of clowning. An international cast of 50 acrobats, musicians, magicians, singers, actors and artists present a journey of heart stopping feats, to a live soundtrack of jazz, funk and Bollywood beats. With nods to Carnivale, the Day of the Dead, military fashion, rock and roll and 1920s cotton club glamour, Cirque du Soleil truly rediscovers its origins with KOOZA. The show starts with the Trickster bursting onto the scene like a jack-in-the-box in front of The Innocent, and that’s just the first of many surprises to come. The Innocent’s journey brings him into contact with a panoply of comic characters such as the King, the Heimloss, the Obnoxious Tourist and his Mad Dog.

Ticket for the Brisbane season of KOOZA are at www.cirquedusoleil.com/kooza or by phone on toll free 1800 036 685.