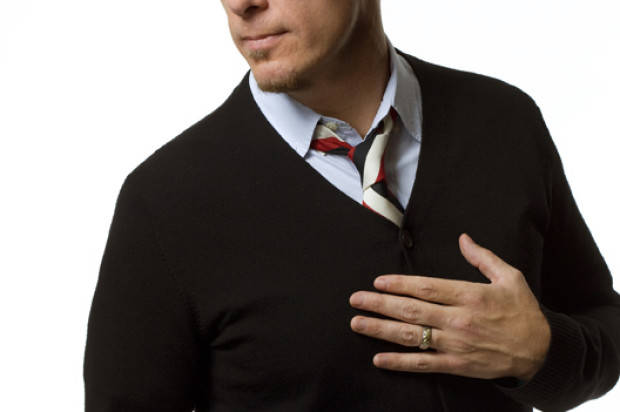 MELBOURNE COMEDY FESTIVAL ROADSHOW HITS BRISBANE
Brisbane Powerhouse presents Melbourne Comedy Festival Roadshow
The Melbourne Comedy Festival Roadshow is set to have you belly-laughing once again with its cast of comic travelers featuring Brian Nankervis, Greg Behrendt, Hannah Gadsby, Elbowskin and Amos Gill hitting the Brisbane Powerhouse stage from 14 – 17 May 2014.
Every year audiences are wowed by the handpicked selection of stars from Melbourne International Comedy Festival. This year is no exception with a selection of local heroes and international stars as well as the hottest newcomer discoveries.
According to MC for the evening, Brian Nankervis, he’s enthusiastic about hitting the road to host the event.
“My mother was a Brisbane girl and I have vivid childhood memories of wild thunderstorms, exotic bugs and hunting cane toads with a machete. I also have fond memories of The Sit Down Comedy Club in the late 90s and have visited Brisbane regularly since, so I’m looking forward to returning with the Melbourne Comedy Festival Roadshow.”
Greg Behrendt is a brilliant, lifelong comedian who accidentally became co-author of the inescapable bestseller He’s Just Not That Into You. Behrendt should be known for many things, yet he is singularly recognised worldwide as ‘That Guy From That Thing!’ He was the host of the weirdly-named Greg Behrendt Show, and acclaimed podcast Walking The Room.
Hannah Gadsby is an award-winning Australian comedian who thinks quickly and moves slowly. Her droll delivery and delightful wordplay have delighted audiences all over the world. As well as her regular role on ABC1’s Adam Hills In Gordon Street Tonight, Hannah has also appeared on Channel 10’s Good News Week, ABC1’s Spicks and Specks and Agony Aunts.
Brian Nankervis is best known for his television work as writer, producer and co-host the award-winning SBS music trivia series, RocKwiz and host of the Channel Seven series, Pictures of You. Nankervis is also a regular contributor to The Age, 774 ABC and Three Triple R.
Amos Gill is fast becoming one of the hottest young comedians in the country. After a sensational appearance in the national RAW Comedy competition, Amos went on to earn a nomination for the Best Emerging Comedian and People’s Choice Award at the 2013 Adelaide Fringe. Still just 21, he has recently recorded his stand-up show for SBS and spent most of 2013 travelling the globe co-hosting a new show for ABC3.
Elbowskin have been living the life for years, pleasing crowds with their awesome tunes since 1997. It’s not the life of a high profile rockstar but it’s pretty damn good. The comedy duo, Ernie and Dave are well known by comic lovers nationwide, they’ve done it all; from footpath busking to live performances on Channel 7, GO, and triple j.