filmfestival localfilm Melbourne by Caroline Russo | on July 10, 2018 | 0 comments | in Film Festival | Like it 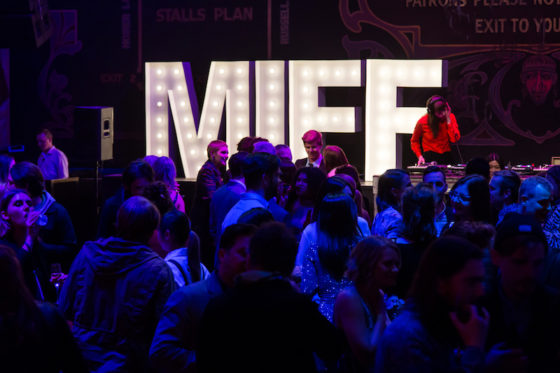 Radha Mitchell returns to MIFF screens, The Merger has its world premiere as the Centrepiece Gala and a Joaquin Phoenix doubleheader

Embarking on her eighth and final festival as Artistic Director, Michelle Carey said:

“I feel so honoured to go out with a bang on such an incredibly strong program. MIFF 2018 promises thrills, laughs and surprises, across galas, features, retrospectives, documentaries, shorts, live performances and VR. We have assembled the festival’s largest program yet and I can’t wait to unleash it onto Melbourne’s cine-savvy audiences.”

In a program hallmarked by its geographic and directorial breadth, the programming team – led by Carey and Associate Artistic Director Al Cossar – has weaved a series of curatorial threads that will enable audiences to experience films from 80 countries.

This year’s audiences will be presented with the festival’s largest ever selection of titles direct from Cannes, along with a collection of recently rediscovered and restored African cinema and a unique look at fashion’s influence on film and film’s influence on fashion. Elsewhere, there will be a focus on Indigenous stories and storytelling and a retrospective look at the dazzling Italo-Crime genre.

For the first time since 2007, MIFF will take over Melbourne’s grand old picture palace, the Regent Theatre for its entire opening weekend. As well as screening Paul Dano’s highly anticipated Opening Night Gala film Wildlife, presented by Grey Goose, the Regent will play host to a series of headline films and special events, including Hear My Eyes – a live soundtrack event scored to Nicolas Winding Refn’s cult classic Drive.

For its middle weekend Centrepiece Gala, the festival revealed that uproarious Australian comedy The Merger would have its world premiere.

Based on comedian Damian Callinan’s acclaimed stage show of the same name, The Merger is the tale of a struggling small town footy team that recruits refugees to survive. Starring John Howard, Josh McConville, Fayzaal Bazzi, Kate Mulvany and Callinan himself, The Merger is a film with big laughs, a big heart and lashings of sweet and sour chicken kiev.

In what is set to be one of the most celebratory conclusions to the festival in years, MIFF will screen The Coming Back Out Ball Movie to bring the festival to a close. Directed by Sue Thomson and supported through the MIFF Premiere Fund, The Coming Back Out Ball Movie is a triumphant and life-affirming love letter to Australia’s original fighters for queer equality – a film that will have audiences laughing, crying and ready to dance, darling.

Reflecting an extraordinary year of filmmaking, this year’s 15 Headliners represent the most buzzed about international cinema:

After receiving a 15-minute standing ovation, Nadine Labaki – one of 90 female directors in this year’s program – offers Capharnaüm, winner of this year’s Jury Prize at Cannes. Centred on a 12-year-old child attempting to divorce himself from his parents, Labaki’s neorealist fable is notable for the astonishing performances she draws out from her cast of non-professional actors.

Doubling down on the sensory experience of their past works, Colombian-born filmmakers Ciro Guerra and Cristina Gallego bring a distinct perspective to the time-honoured rags-to-riches drug saga. Mythical in its storytelling, Birds of Passage combines eye-popping traditional costumes and culture, an immersive atmosphere of surreal imagery and glorious widescreen cinematography.

Oscar nominated Debra Granik – a guest of this year’s festival – returns to feature filmmaking with Leave No Trace, a humane depiction of the bond between father and daughter and the universal desire to live by your own rules.

Recipient of the Cannes Best Director prize, Pawel Pawlikowski’s Cold War is a love story that wends its way through a partitioned Europe. Inspired by Pawlikowski’s own parents’ story, Cold War offers audiences a lyrical and emotional work replete with virtuosic black-and-white visuals and a keen sense of music.

Decades in the making, director Terry Gilliam’s near-mythical riff on Cervantes’ fantastic tale, The Man Who Killed Don Quixote, finally makes its way to Melbourne. Starring Adam Driver alongside Gilliam stalwart Jonathan Pryce, it’s the story of a cynical ad man trapped in the delusions of an old shoemaker who believes himself to be Don Quixote.

The diversity of this year’s program is mirrored in the individuals who will attend the festival as guests. Highlights include: star of Blaze, Alia Shawkat; Oscar nominated director, Debra Granik; French husband and wife filmmakers, Hélène Cattet and Bruno Forzani; and director of Holiday, Isabella Eklöf, with more to be announced.

The 2018 festival program highlights the rise of Australia’s next generation of filmmakers. Not confined or constrained by traditional funding models, this group of films will expose Melbourne audiences to some of the most important new voices in Australian cinema.

“At MIFF we are always looking for exciting new filmmakers, and this year heralds one of the most promising bunch from Australia in many years,” said Carey. “There is an admirable willingness here to let their own aesthetic expression shine through, to see past genre and to do things their own way. MIFF salutes them and looks forward to introducing them to Melbourne audiences.”

Alena Lodkina’s visually stunning feature debut Strange Colours is a story of family and estrangement set amid the alien landscape of Australia’s opal miners. With most of the characters played by actual opal miners, it’s a hypnotic dusky reverie, filled with quiet grace and power. Fellow Lab alumnus Ted Wilson however, delivers a feel-good film of family, cricket and one man’s hunt for David Boon, in his delicately poised Under the Cover of Cloud. 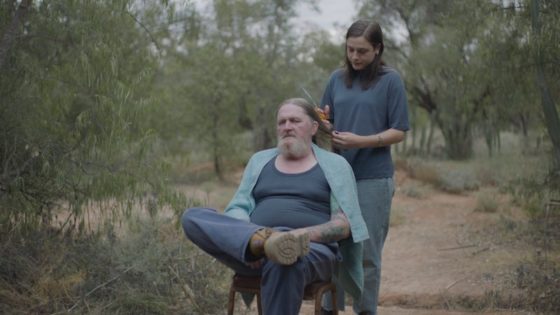 From rising filmmaker Ben Hackworth comes Celeste, a literally operatic character study of loss and power and the things that tear us apart. A sumptuously shot psychological thriller starring Radha Mitchell and Nadine Garner, Celeste is a riveting statement of intent from one of Australia’s boldest cinematic voices.

The stories of Australia’s Indigenous population will be brought to life in one of the most dynamic showcases of Indigenous content in the festival’s history.

An exhilarating and immersive film that will be shown at Melbourne’s Planetarium, Carriberrie tells the expansive story of Indigenous Australian song and dance. Featuring Aboriginal dance theatre group Bangarra and actors Jack Charles and David Gulpilil, Carriberrie is an intimate and breathtaking showcase of Aboriginal performance and Australian landscape.

A starkly different documentary and a powerful call to action, the MIFF Premiere Fund-supported Undermined: Tales from the Kimberley, from award-winning director Nicholas Wrathall (Gore Vidal: The United States of Amnesia), unearths the true cost of doing business in Australia’s world-famous Kimberley region; a place where mega-mining and pastoral developments threaten not just the environment but more than 200 Indigenous communities and their peoples’ sacred links to Country. 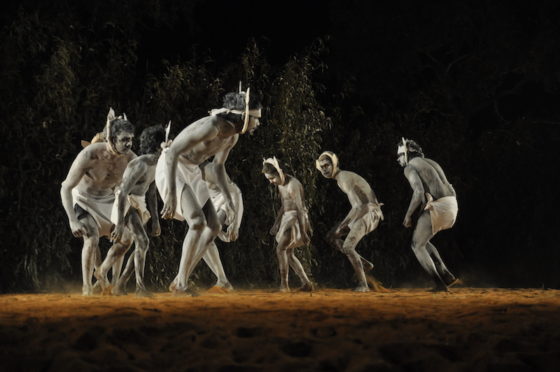 In a ground-breaking work of interactive filmmaking, Thalu: Dreamtime is Now takes audiences on a journey into the modern Dreamtime stories of the western Pilbara-based Ngarluma. Directed by award-winning Ngarluma man Tyson Morwarin, this is a rare opportunity for audiences to hear these stories and to experience them through the medium of virtual reality.

A tribute to an outcast musical genius; the astonishing story of three identical triplets separated at birth; the tale of a motorcycling legend; an unrestrained insight into one of music’s most provocative stars; and the story of Australia’s original working class man, all mark out this year’s documentary selection.

In a coup for Melbourne audiences, MIFF will screen the world premiere of Jimmy Barnes: Working Class Boy – Mark Joffe’s captivating and compassionate portrait of one of Australia’s most well-known musical figures. Based on the best-selling memoir of the same name, the film joins Jimmy as he retraces his earliest steps through the hard streets of Glasgow and revisits childhood ghosts in South Australia. It’s a raw, yet darkly funny story set against a backdrop of never-seen-before archival footage and interviews along with captivating musical moments.

Equally unflinching and honest, MATANGI/MAYA/M.I.A. presents outspoken musician M.I.A at her most candid. Winner of the Special Jury Award (World Cinema Documentary) at Sundance, this film is as dynamic, eclectic and electrifying as the artist herself.

In his feature documentary debut, director Jeremy Sims turns his lens on Australia’s greatest ever professional motorcyclist – Wayne “The Wollongong Whiz” Gardner. In a film that’s as free-spirited, introspective, honest and cheeky as the man himself, Wayne offers a revealing portrait of a man who, during his career, was certainly hard to miss.

Like something out of The Twilight Zone, Three Identical Strangers tells the incredible true story of triplets separated at birth…but that’s just the beginning of an even more astonishing saga. Having taken Sundance by storm, Three Identical Strangers is both a remarkable real-life tale and bona fide thriller, which will leave audiences gobsmacked. 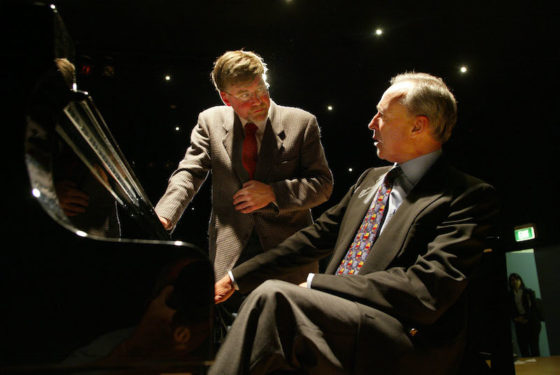 From Givenchy to Gaultier, Armani to Alpha60, fashion design and style have long been influenced by cinema. In 2018, MIFF brings some of the most iconic style films to the big screen; films that launched style icons and influenced style for decades to come. In a program specially curated by Artistic Director Michelle Carey, Fashion x Cinema covers multiple genres, with each film unified by a sense of timelessness and jaw-dropping beauty.

This programming strand features: McQueen, director Ian Bonhôte’s ode to one of fashion’s most storied designers; Yellow is Forbidden, where veteran documentarian Pietra Brettkelly tells the haute couture Cinderella story of China’s Guo Pei – the designer behind the famed yellow dress worn by Rihanna at the 2015 Met Gala; and Westwood: Punk, Icon, Activist – an observational look at the orange-haired punk icon who rewrote the rules for the generation of designers who followed in her footsteps. Retrospective titles include: Funny Face, the film that saw Audrey Hepburn join forces with Givenchy; Berry Gordy’s rarely screened Mahogany, where Diana Ross plays an aspiring fashion designer torn between activism and a career of luxury; and Peter Weir’s inimitable Australian classic, Picnic at Hanging Rock.

The Italo-Crime retrospective takes a focused look at Eurocrime and poliziotteschi – a genre of Italian crime thrillers from the 60s and 70s.

Considered a defining moment in the poliziotteschi genre, the retrospective kicks off with The Violent Four, a down and dirty cinema vérité-inspired thriller set in the seedy Milan underworld. Other films include: Confessions of a Police Captain, an anti-buddy cop classic that quite literally cuts the red tape and leaves it full of bullet holes; Milan Caliber 9, one of Quentin Tarantino’s greatest inspirations; and the Oscar-winning Investigation of a Citizen Above Suspicion – a Kafkaesque collision of fascist noir and absurdist satire that trails the powerful police chief hunting down a vicious killer: himself.

Spearheaded by this year’s Palme d’Or winning Australian film, All These Creatures, MIFF Shorts will feature 90 films, as well as a specially curated (by the Harvard Film Archive) program of the intimate diary films of Bostonian artist, Anne Charlotte Robertson. Winner of the Grand Jury Prize at this year’s Sundance, director Álvaro Gago delivers Matria; Israel’s Miki Polonski offers Shmama, the story of a mother and her daughter trapped in their own relationship; Australian Kerinne Jenkins brings the festival Cattle, a narrative of unspoken fears and inexplicable occurrences; and Iranian director Mojtaba Mousavi presents Mr. Deer – the tale of a deer attempting to rekindle the humanity of his fellow train passengers.

In its largest iteration to date, the 2018 program has left no stone unturned. Presenting its core international and local selections alongside their regular programming strands – Experimentations, Music on Film, Night Shift, Retrospectives, Special Events and Talks – MIFF 2018 will beckon audiences everywhere to come and see another side of film.