australia got talent magic Mystique sea world by Caroline Russo | on January 1, 2014 | 0 comments | in Whats the Buzz | Like it 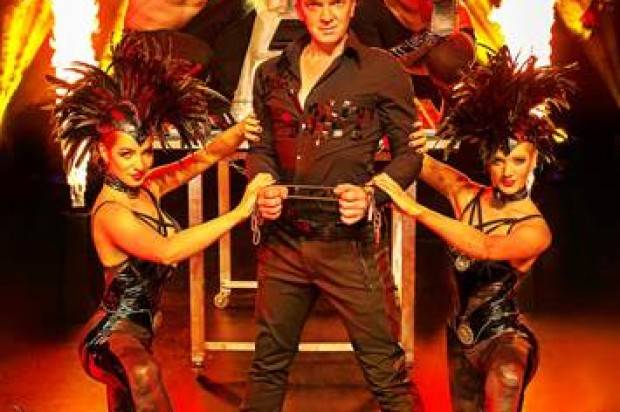 More magic for the Gold Coast this January:
MYSTIQUE to open January 1 -31

Internationally acclaimed illusionist Michael Boyd just cannot get enough of the Gold Coast! Following his hugely successful Cabaret De Paris at Jupiters Theatre, and off the back of standing ovations in Australia’s Got Talent, he will open the famed live magic extravaganza Mystique at Sea World Resort’s Ocean Theatre on January 1, through to 31.

Featuring some of the world’s most impressive illusions (designed and built by the same team that work alongside the famous David Copperfield) as well as jaw-dropping escapes, levitations, transformations, special effects and mind blowing disappearances, Boyd’s incredible production will surprise and delight.

“Audiences will be left in utter disbelief as they see things which they believe to be impossible yet are happening right in front of their eyes. The show will make people question their sense of reality and what is and isn’t possible,” said Michael Boyd.

“It’s a perfect show for this exciting new theatre and will appeal to families on holidays from all over the country, as well as Gold Coast and Brisbane residents who are so known for supporting live theatre and events,” he said. “Mystique promises to be THE show of January!”

Mystique first premiered in 2009 in Melbourne Crown Casino Since then it has played to more than 100,000 people each year, with new acts and extravagance being added each season by Boyd. “Mystique is absolutely full of the world’s best magic and awe, it’s brimming with wow and we can’t wait to open!”

Mystique will play in Sea World Resort’s Ocean Theatre Tuesday to Sunday from 1-31 January 2014 at 7.30pm, with special matinee shows on Saturday and Sunday at 2pm.

Born in Melbourne, Michael Boyd’s magician grandfather taught him all about the world of magic and by the age of 13, Boyd joined the Young Magicians Magic School to hone his craft. Following high school he hit the road performing three shows a day until he eventually got his big break on the TV show “Pot Luck”. Since then, his career has skyrocketed and he’s now one of the most acclaimed in the country.

Time: Tuesday to Sunday at 7.30pm and matinées on Saturday and Sunday at 2.00pm

Bookings: Get your tickets now at SeaWorldResort.com.au or call 133 FUN.