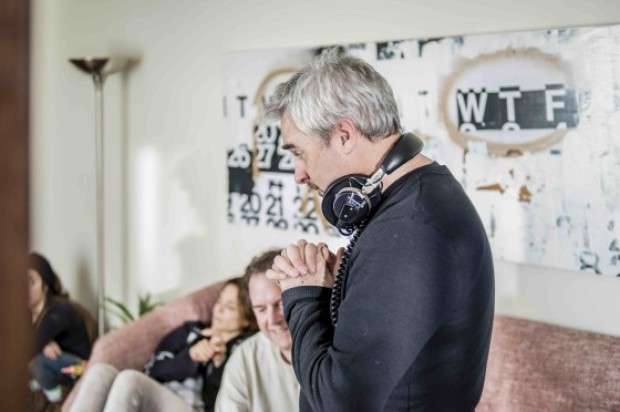 Prized Australian film director, Michael Rowe, will head home to Ballarat for the release of his film EARLY WINTER.
The much anticipated Venice Days award-winning film, EARLY WINTER, will be in Australian cinemas from early October.

EARLY WINTER’s theatrical season will launch with a series of special Q&A screenings with writer-director Michael Rowe. Rowe, who now calls Mexico home, was the 2010 recipient of the famed Caméra d’Or at the Cannes Film Festival for his film, LEAP YEAR (Año Bisiesto).
One of the highlights of the EARLY WINTER Q&A tour will be a special screening on October 10 at the Regent Cinema in Ballarat, the regional city in Victoria where Rowe was raised. Though EARLY WINTER is set in Quebec, Rowe drew on experiences from his former life in Ballarat in Victoria, particularly the scenes depicting life in aged-care facilities.

EARLY WINTER was the recipient of the coveted ‘Venice Days Award’ and has screened at a string of prestigious international festivals over the past twelve months. It is currently in competition for the upcoming AACTA Awards. EARLY WINTER’s Australian producer, Trish Lake, has urged cinemagoers who admire intimate and sophisticated films to see EARLY WINTER on the big screen.
“Both EARLY WINTER and LEAP YEAR are exemplars of Michael Rowe’s filmmaking philosophy using his cinematic technique ‘the long take’,” Ms Lake said.
“It’s an exacting style of directing where there are virtually no edits within each scene of the film, giving Michael’s stories a particularly unique and voyeuristic style.

“The tension and intimacy he achieves with his filmmaking makes for very powerful cinema.
“EARLY WINTER packs a very emotional and dramatic punch.”

EARLY WINTER’s Q&A tour in the first week of October, Cinemas include New Farm Cinemas in Brisbane, Dendy Newtown in Sydney, Dendy in Canberra, Nova Carlton in Melbourne and Regent Cinema in Ballarat.
EARLY WINTER is an official Canadian Australian co-production, filmed on the outskirts of Montreal and produced by Quebec’s Possibles Média and Queensland’s Freshwater Pictures. It was post produced in Brisbane with the support of Screen Queensland, Screen Australia and the MIFF Premiere Fund.
Producers are Brisbane-based Trish Lake, and Serge Noel, based in Montreal. Together, Paul Doucet and Suzanne Clément (who has won Cannes Un Certain Regard for Best Actress MOMMY), lead an acclaimed cast.