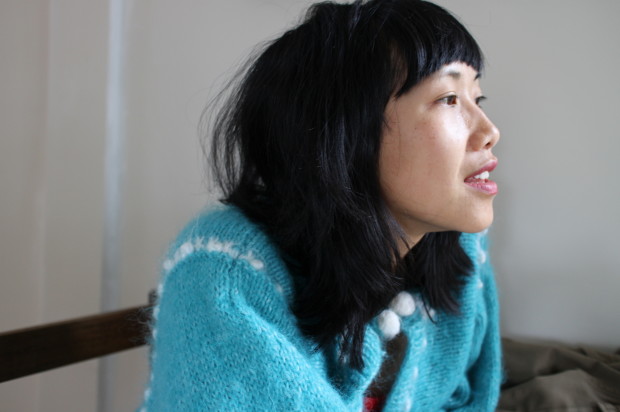 From over 50 entries for the Queensland Premier’s Drama Award 2016-17 (QDPA), and three finalists announced earlier this year, Melbourne writer Michele Lee has been announced the winner with her sophisticated play Rice.

Lee’s work was selected ahead of fellow finalists Kathryn Marquet for Furious Creatures and Suzie Miller for her work I Looked Up And There You Were. Delivered through Queensland Theatre Company (QTC), the QPDA is a prestigious and important award for Australian Theatre in that it guarantees a professional production of the winning entry.

Rice is the story of two women – Nisha, the right-hand woman to the CEO of Australian rice company, Golden Fields, who is poised to seal a contract for rice distribution to the Indian government; and Yvette, the company’s cleaner who, late at night, clears the take-away dinner scraps from Nisha’s office.

“Michele’s play Rice is a vivid study of two women discovering what unites them despite social, cultural and generational differences. Through the ordinary and extraordinary experiences of her unforgettable characters, Michele asks how we, as human beings and citizens of the world, take accountability for our choices and actions. Rice is a sophisticated portrait of contemporary Australia right now, a play that depicts who we are and who we want to be in all its complexity and diversity. It is deliciously theatrical, expertly blends dry humour and sharp insight, and I cannot wait to see it on our stage”, said QTC Artistic Director Sam Strong, who was part of the judging panel for the awards. “The QPDA sits at the centre of QTC’s ambition to lead from Queensland in the nurturing of new stories and new talent. Rice is a worthy winner of the Award and its production announces a significant new artist and a significant new play to the nation”, Strong said.

This year marks a very busy one for Lee – a writer working across the stage and audio-form – who, in 2016 is under commissioned for two projects; Going down (Malthouse Theatre, Melbourne via the Malcolm Robertson Prize); and a short plays project, Power plays, with Sydney Theatre Company. Alongside this, Lee is the 2016 WrICE Early Career Fellow and resident at the Playwrights Centre, Minneapolis.

Michele Lee described her play as, “A fluid two-hander where women topple women, and women rescue women. Rice explores the question of women surviving in corporate CBD Australia, especially women of colour, and aims to talk to this changing face of power. The play forms part of a conversation about who we are as a population, and where our roots are from: the key relationships in Rice include family ties to China, and family and business ties to India.”

Premier of Queensland and Minister for the Arts Annastacia Palaszczuk said she was delighted to see that for the first time in the Award’s 14-year history, all three finalists were women – a testament to our culture celebrating perspectives that have previously been under-represented.

Since its inception, QTC has developed 24 plays as part of the QDPA, employed more than 176 actors, writers and directors, and generated audiences of more than 26,000 to new Australian plays. Previous winning works include Oedipus Doesn’t Live Here Anymore by Daniel Evans (2014-15), Trollop by Maxine Mellor (2012-13) and Fractions by Marcel Dorney (2010-11).