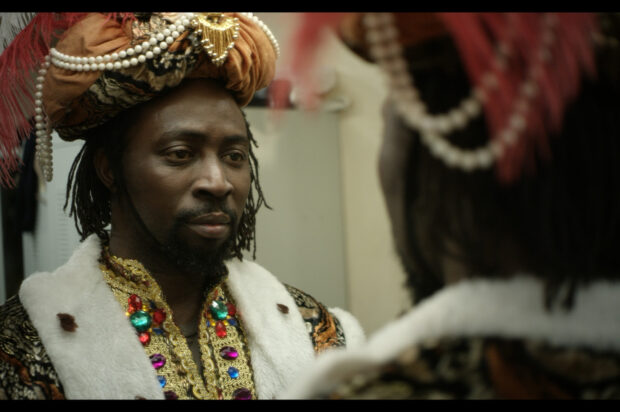 Baltasar
Melbourne International Film Festival (MIFF) has announced the recipients of the 2021 MIFF Shorts Awards, which reward filmmakers with more than $63,000 in prizes. The prestigious short film competition celebrates its 60th anniversary this year. The awards are accredited by the Academy of Motion Picture Arts and Sciences resulting in half the MIFF Shorts category winners now eligible for next year’s Oscars.

In a virtual ceremony hosted on MIFF Play, eight out of the 80 films in the program received awards from the jury consisting of award-winning journalist Osman Faruqi, writer/director Natalie Erika James and industry expert Alexandra Burke.

“What an incredible and competitive line-up of films nominated for the awards this year,” says Shorts Programmer Mia Falstein-Rush. “I’m thrilled with the selections by the jury for the awards – some tough decisions in there, but I think they have made the winning filmmakers across the globe extremely happy!”

This year the Shorts Program once again shifted online, with a selection of outstanding short films – from Cannes prize-winners to local discoveries – made available to audiences nationwide. The eclectic program spans animation, documentary, experimental and fiction, and includes a special selection of films about movement on screen – all available to stream for free – as well as a suite of pre-feature shorts.

The free Best MIFF Shorts package, presented by Mountain Goat, features the following winners of these awards, and is available captioned and audio-described at play.miff.com.au.

Jury Statement:
The beauty of The Game is taking something so common it’s almost mundane: a completely random football match between two teams you don’t know, let alone care about, and literally shifting the lens to focus on something we very rarely see – the referee. Through this simple, yet brilliant, conceit, we watch as the referee controls the flow of the game, manages his officials, and responds to the pressure and outrage of fans in the crowd, as well as the players. The Game not only gives us an intimate insight into the daily intensity of being a referee, but also lets us see things from their perspective: the control, the doubt and the commitment.

Jury Statement:
Brietta Hague’s impressive debut, Baltasar, explores racial prejudices over the Three Kings holiday in Spain with nuanced and vibrant writing, an unflinching eye and empathy for all. Babou Cham is compelling as Aziz – a migrant father working to provide for his family in Senegal – and beautifully captures his quiet dignity and heartbreak in the midst of displacement. This is assured storytelling that lulls you into a false sense of security before going for the jugular.

Jury Statement:
Propelled by extraordinarily natural and confident performances, Reptile is both a darkly funny and terrifying interrogation of male aggression and toxicity. The film does a superb job of setting up charming, relatable protagonists and a scenario that seems harmless enough, before demonstrating how something as innocent as school children playing a game can descend into brutality when men are left to their own devices. The tension and the chaos continue to ratchet up until the characters eventually realise that, even though they are the architects of their downfall, they can’t escape.

Jury Statement:
Zou Jing’s masterful debut is an intimate look at one woman’s endeavour to save her dying father by earning money as a surrogate. Anchored by Huang Lili’s captivating and understated central performance, the film explores the quiet tragedy of personal loss and the injustices of the disposable and disadvantaged within the thrall of a city thrumming with life. Lili Alone takes us on a gut-wrenching journey that manages to find moments of joy and connection even in darkness, and leaves us with images that linger long after the credits roll.

Jury Statement:
Listen to the Beat of Our Images is a gripping micro-history, told through video essay, about the transformation of one’s homeland by the forces of imperialism and colonialism. The way the archival footage is edited makes it clear how alien and unnatural the presence of a French space centre is in this context. And while the film climaxes with a rocket blasting into the atmosphere, rather than evoking a sense of elation or satisfaction, we’re left feeling melancholy for a land expropriated. There’s no joy; there’s despair for what was lost.

Jury Statement:
Happy Valley captures the little things in its sensorial portrait of the Hong Kong district. Each shot is deliberate, from the half- constructed sidewalk and the soft silk scarf on a mannequin, to night-time strobe lights and the kids on a fun-park ride. The sum of these parts forms the fabric of life in Happy Valley. The distorted sound design brings a sense of repetition, constantly flicking between radio stations, and days seem to pass indistinguishably from the next. This time, however, there is a sad irony in Liu’s ‘sense of place’. Those captured little moments – the depiction of time passing from one day to the next, of perseverance – are not lost on us. This beautifully rendered film hits you with an emotional blow as Hong Kong prepares for a future unknown.