CANNES LINE-UP melbourne films festival by Caroline Russo | on June 28, 2018 | 0 comments | in Film Festival | Like it 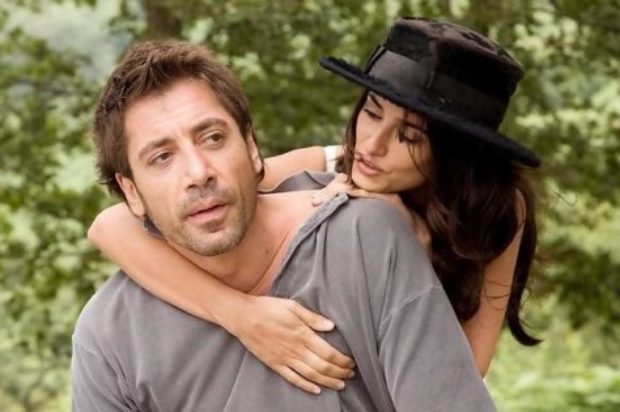 Melbourne International Film Festival (MIFF) has today announced the inclusion of a record 43 feature films and a special shorts highlight handpicked from this year’s Cannes Film Festival.
With the internationally renowned celebration of cinema concluding in France just over a month ago, for many of the films making their way to MIFF, this will be their first screening outside of Cannes.

Ahead of the full program announcement on Tuesday 10 July, this year’s suite of Cannes highlights includes:

Award Winners
With Australian actress Cate Blanchett chairing this year’s Cannes jury, the collection of award-winning films being presented at MIFF offers an acute snapshot of the current state of contemporary global cinema.

Spearheaded by this year’s Palme d’Or winners – Japanese director Hirokazu Kore-eda’s Shoplifters and Melbourne short, All These Creatures – the showcase gathers films from every continent with features, documentaries, animation and shorts.
Exploring the heartbreak and hidden secrets of a family of small-time thieves, Hirokazu Kore-eda’s Shoplifters is both a humanistic portrait and an indictment of a society so willing to cast struggling people aside. Marking the 13th feature from the prolific writer and director, the film was described by IndieWire as a “delicate, deceptive and profoundly moving drama about the forces that hold a family together”.

Having conquered Cannes, Australian director Charles Williams’ Palme d’Or winning short All These Creatures makes its triumphant return home with the Australian Premiere. The 13-minute drama tells the story of Tempest (Yared Scott), an adolescent boy attempting to untangle his memories of a mysterious infestation, the unravelling of his father, and the little creatures inside us all. Shot on 16mm film in the outer Melbourne suburb of Dandenong, All These Creatures is a beguiling insight from a young director on the rise.
Recipient of the Cannes Best Director prize and a widely praised follow-up to his Oscar-winner Ida, Pawel Pawlikowski’s Cold War is a stunning love story that wends its way through a partitioned Europe. Inspired by Pawlikowski’s own parents’ story, Cold War is a lyrical and emotional work replete with virtuosic black-and-white visuals and a keen sense of music.

Following her 2014 Cannes Grand Prix-winning The Wonders, Italian director Alice Rohrwacher’s enchanting feature Happy as Lazzaro is a magic-realist fable of modern Italy that bends time in unforgettable ways. Winner of Best Screenplay, Happy as Lazzaro casts an enchanting spell on the audience, while crafting an origin story for the corruption of modern-day Italy.
After receiving a 15-minute standing ovation, Nadine Labaki’s Capharnaüm went on to win this year’s Jury Prize. A neorealist fable, Capharnaüm’s starting premise is a 12-year-old child attempting to divorce from his parents. Drawing astonishing performances from her cast of non-professional actors, Labaki’s dark but deeply humane Kafka-esque tale is a film flecked with “diamond-shards of beauty, wit and hope” (The Telegraph).
A multiple award winner at Cannes – including the Camera d’Or, the Queer Palm, the Un Certain Regard Best Actor award and the FIPRESCI Prize – Lukas Dhont’s debut feature Girl is an empathetic chronicle of a young transgender woman’s quest to become a ballerina in a career-defining performance by professional dancer Victor Polster.
Winner of the Art Cinema Award in the Director’s Fortnight, legendary provocateur Gaspar Noé’s Climax is an ecstatic and nightmarish orgy of sex, drugs and 90s club music re-establishes his credentials as modern cinema’s most incisive and inventive observer of humanity’s animal darkness.
Winner of the Grand Prize at Critics Week, Gabriel Abrantes and Daniel Schmidt’s Diamantino is a wild satire following a disgraced soccer superstar on a fantastical adventure that skewers celebrity culture by way of queer sci-fi thriller, political comedy… and everything in between.
Auteurs
Featuring films from Spain, the USA, Belgium and many more, this year’s Cannes featured some of the greatest names in world cinema.
Starring Penélope Cruz and Javier Bardem, Everybody Knows is the tense psychological thriller that opened this year’s Cannes competition from two-time Oscar-winning director Asghar Farhadi. This riveting Spanish-language thriller explores Farhadi’s trademark concerns of class tension, family secrets and domestic angst. What unravels is a tightly wound game of whodunit.
Decades in the making, director Terry Gilliam’s near-mythical riff on Cervantes’ fantastic tale, The Man Who Killed Don Quixote – finally makes its debut. Starring Adam Driver (Girls) alongside Gilliam stalwart Jonathan Pryce, it tells the story of a cynical ad man trapped in the delusions of an old shoemaker who believes himself to be Don Quixote, with the pair’s comedic adventures functioning as a fitting analogy to the film’s very existence.
Oscar-nominated Debra Granik returns to feature filmmaking with Leave No Trace – a humane depiction of the bond between father and daughter and the universal desire to live by your own rules. Led by a star-making performance from young New Zealand actor Thomasin Harcourt-McKenzie, it tackles difficult subject matter with nimbleness and light, and shows why Granik remains such a pivotal and compelling voice in American independent cinema.
Animation
A triumph of craft, the three selected animated features offer audiences a unique perspective on family, the allure of war reporting and the pursuit of truth.
Journalist Ryszard Kapuscinski’s experiences during the 1975 Angolan civil war anchor Another Day of Life – a stirring hybrid of live-action documentary and animated biography, based on the Polish reporter’s acclaimed memoir of the same name.
A cinematic amalgam – selected from the Cannes Film Festival’s Critics’ Week – Chris the Swiss plunges audiences into a murder mystery amid the Yugoslav Wars of the early 1990s. Here, director Anja Kofmel tells the untold story surrounding the death of her cousin Chris, a Swiss war reporter, after his body was discovered under mysterious circumstances in 1992. Told through haunting hand-painted black and white animation mixed with documentary footage, the film blends fantasy with reality in surprising ways.
Mirai blends time-travelling antics with delicate family dynamics. Director Mamoru Hosoda’s fantastical film offers a child’s view of coping with a new sibling. Described by Screen Daily as a “beguilingly sweet-natured little gem…a work of heart-swelling beauty and considerable charm,” Mirai is a must for fans of anime and animation alike. 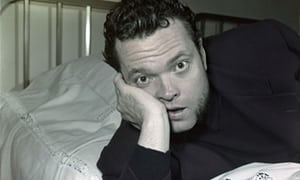 Documentaries
Turning their attention on two of the 20th and 21st century’s most conspicuous men, this year’s Cannes documentary selections are set to leave audiences inspired and divided.
In Pope Francis – a Man of his Word, Oscar-nominated filmmaker Wim Wenders turns his legendary directorial lens to one of the world’s most remarkable subjects: the enigmatic, visionary and controversial Pope Francis. With unprecedented access and remarkably candid interviews with Francis himself, Wenders offers an essential, fascinating portrait of the man now responsible for the earth’s 1.25 billion Catholics.

From church to the altar of entertainment, Mark Cousins’ The Eyes of Orson Welles gets to the heart of greatness in a whimsical and heartfelt examination of one of the 20th century’s greatest showmen. Having been granted exclusive access to the private collection of correspondence, paintings and drawings from the great American actor, writer and director, Cousins ties Welles’s story into that of the modern age and proves his continued relevance in an age of rising fascism, bullying and fake news.
Special events

The first film to be revealed as part of MIFF’s already announced Cage-a-thon, Mandy will kick off the 12-hour screening with a frenetic explosion of genre’s greatest hits that swings from crazed horror to devilish comedy, providing a perfect platform for Nicolas Cage to indulge his wildest excesses.