LGBT miley cyrus Non-profit organization The Happy Hippie Foundation by Caroline Russo | on May 6, 2015 | 0 comments | in Music | Like it 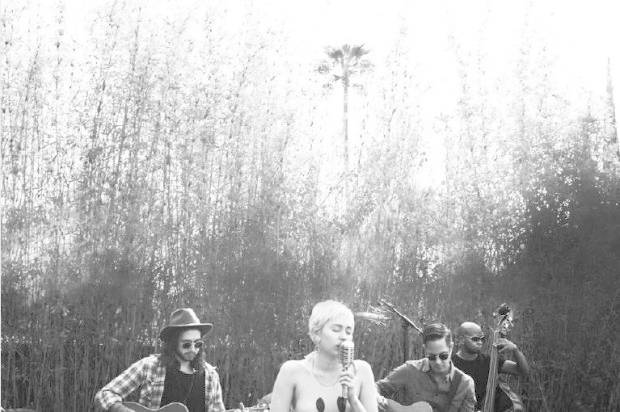 Global superstar, Miley Cyrus has announced the official launch of The Happy Hippie Foundation, a non-profit organization dedicated to rallying young people to fight the injustices faced by homeless youth, LGBT youth, and other vulnerable populations.

To kick things off, Cyrus is unveiling the ‘Backyard Sessions’ presented by The Happy Hippie Foundation – a curated collection of music video collaborations between Cyrus and other prominent artists who support the mission of Happy Hippie, including Joan Jett, Laura Jane Grace, Melanie Safka and Ariana Grande. Each music video, performed in Cryrus’ own backyard, will debut exclusively on Facebook and include a very special “Donate” feature that enables fans to make a direct donation to The Happy Hippie Foundation. Miley is one of the first artists to use Facebook’s innovative giving model feature and is a trailblazer when it comes to tapping into her Facebook and social media community who are eager to make change and raise their collective voices around causes they believe in. To watch the first video in the collection featuring Miley Cyrus and Joan Jett, click here: happyhippi.es/different.

Funds raised will create digital support groups for LGBT youth and their families. This new technology will provide a safe, affirming experience for youth, no matter where they are, and directly connect them and their families with additional support services. “Pointless judgment and its effects are unfortunately something that is way to common. All humans have valid feelings and rights! I want to use my voice as a megaphone to young people everywhere and encourage human evolution”, says Cyrus. “No one should have to hide who they really are, no matter what his or her name, gender or status. That’s why Happy Hippies are here to say that every life is valuable!”

Founded by Cyrus in 2014, The Happy Hippie Foundation focuses on raising awareness and inspiring action around issues affecting homeless youth and other vulnerable populations such as the LGBT youth community. Donations to the organization fund programs centered on prevention, support services to build long-term well-being, and public education. The organization mobilizes people, and in particular, a broader youth community to come together to make a difference in the world.