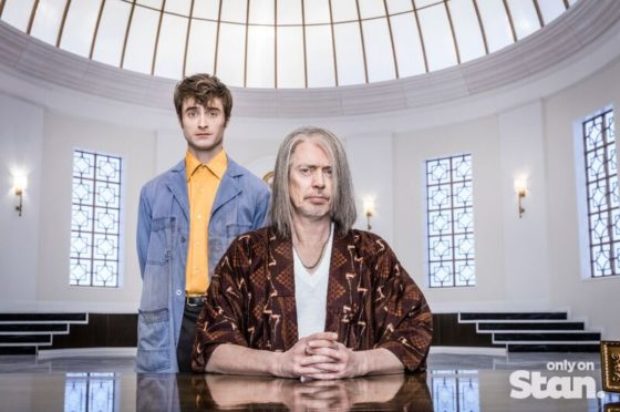 The official trailer, released today, shows God (Steve Buscemi) as you’ve never seen him before. Based on Simon Rich’s book, What In God’s Name, this seven-episode limited series turns the perception of heaven on its head while also mocking the case that humans are worth saving.

MIRACLE WORKERS comes exclusively to Stan as part of its long-term partnership with Turner. The series is created by Man Seeking Woman creator Simon Rich. It is executive produced by Lorne Michaels and Andrew Singer of Michaels’ Broadway Video, along with Rich, Radcliffe and Buscemi. Broadway Video produces the series in association with Turner’s Studio T.

MIRACLE WORKERS will premiere February 13 on Stan, with new episodes weekly, same day as the U.S.