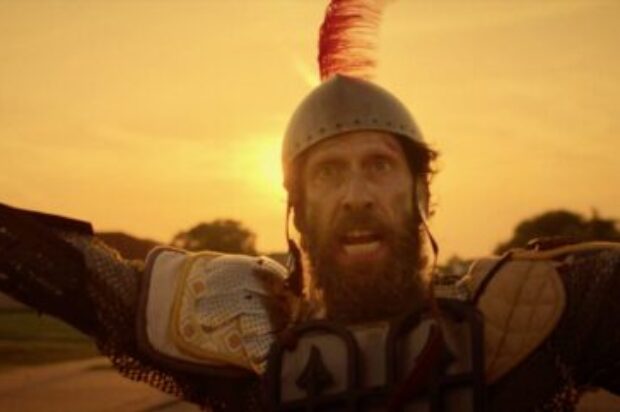 – Despite the apparent lack of new
content globally the London based Mise En Scène Company (MSC) – which
launched at last years American Film Market – is bringing TWO new titles
to the European Film Market which like most major festivals is taking
place digitally this year on the 1st of March.

MSC is representing international for The True Don Quixote: starring TIM
BLAKE NELSON (Oh Brother Where Art Thou? Ballad Of Buster Scrugs), JACOB
BATALON (Spider-Man: Homecoming, Avengers: Endgame), BRANDON STACY (The
Big Short) and ANN MAHONEY (The Walking Dead). The film is a modern
adaptation of the classic 1605 Miguel de Cervantes novel but is set in
the wilds of Louisiana. Nelson dons his make shift armour and rides a
rusty old vespa in place of a horse, sliping into this role with
profound style. The film is the directorial debut from Chris Poche a
screenwriter with a hand in writing nearly twenty films for Paramount,
Dreamworks, Sony, Fox/New Regency, and others, including work on _Kung
Fu Panda_, _Charlotte’s Web_, and _Smallfoot_.

MSC is representing world for Triple Threat: Starring STACEY MALTIN
(Landing Up), MARGARITA ZHITNIKOVA (The Incoherents), JAY DEYONKER (The
Same Sky), MARK ST. CYR (High School Musical: The Musical – The Series)
CATHERINE CURTIN (Stranger Things). The film is about three best friends
who are on the verge of their Broadway debut, and their relationship is
put to the test when diverging dreams meet the realities of adulthood.
The film is the directorial debut of Stacey Maltin after the success of
her first feature Landing Up in 2018 which was distributed by Orchard.

_Regarding the latest titles Director of MSC Paul S.L. Yates said:
_“Everyone here at MSC in London has been pushing FLAT OUT since we
launched in November at the American Film Market, putting ourselves
wholeheartedly into what we’re doing. It’s an extremely exciting moment
for us to be representing and bringing two new projects of such high
calibre to the international market during a potential content drought,
as well as our entire catalogue which is still available in many
territories. We love the cast in each movie and my colleague Netto has
been listening to the soundtrack from Triple Threat non- stop since he
saw the screener. It’s impossible for us to emphasize just how joyous
and lucky we are to be representing these amazing films and talented
producers.”

After securing a distribution deal with SPI International, it’s yet
another gargantuan step up for the London based outfit, adding yet more
quality and cast to their already high quality, rapidly growing
catalogue; which is impressive for such a young agency. The EFM will be
an important market for MSC whose hopes are that both films shall be a
‘hot property’ this year.