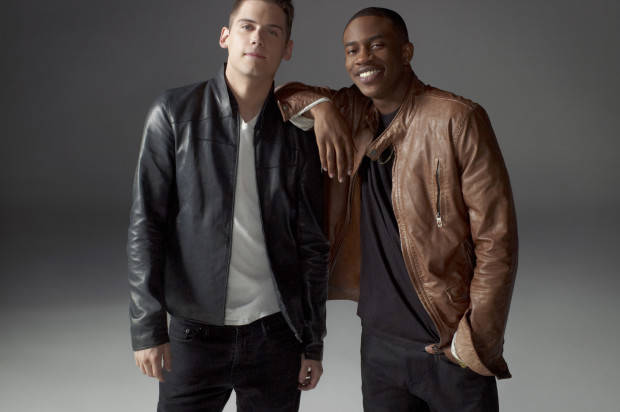 MKTO RETURN TO OUR SHORES, TOURING THEIR #1 ALBUM FOR THE FIRST TIME IN AUSTRALIA 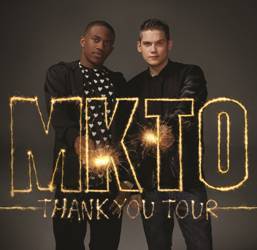 NINE LIVE and Sony Music Entertainment are excited to announce thatdynamic duo MKTO will be returning to our shores this April for their first ever national tour of Australia. MKTO most recently enjoyed success with their self titled debut album, which shot to the #1 spot on iTunes hours after release and went on to debut at #1 on the ARIA charts.

Having already visited Australia twice in 2013, Malcolm Kelley and Tony Oller are excited to be bring their energetic live show to fans around the country.“We can’t wait to come back down under, it feels like our second home” said Tony on the news of their first tour to our shores. “We can’t wait to come and see everyone in Australia,” continues Malcolm. “You guys have been amazing and have supported us since day one so thank you.”

Since signing with Columbia Records in late 2012, MKTO have been riding a wave of success. Their debut single ‘Thank You’ peaked at #2 in the Australian ARIA Charts, achieving 4 x Platinum sales, and a top 5 radio hit. Following in its footsteps, ‘Classic’ was another pop hit that peaked at #3 on iTunes, top10 airplay and achieved triple Platinum sales. The duo’s current single, ‘God Only Knows’ is another infectious pop hit, already achieving Platinum sales and is currently making its way up the airplay chart.

Joining MKTO on the Thank You Tour will be Taylor Henderson.

Taylor has just released his brand new single, ‘When You Were Mine’ and is in the midst of readying his debut studio-album due for release later this year. 2013 saw Taylor burst on to the Australian music scene with this double-platinum #1 debut single ‘Borrow My Heart’, and a #1 platinum album,TAYLOR HENDERSON.

Advance tickets for the Thank You Tour will be available during the Visa Entertainment Pre-sale to all Visa Credit, Debit and Prepaid cardholders from noon (local time) Thursday 13 March until 5pm (local time) Sunday 16 March or until Pre-sale tickets sell out at www.visaentertainment.com.au

Tickets go on general sale Wednesday 19 March at 9am