MØ debuts her massive new single, ‘Final Song’, produced by MNEK (Beyoncé / Zara Larsson), out now to stream and buy via Chess Club / RCA Victor through Sony Music Entertainment Australia. MØ, AKA Karen Marie Ørsted, is one of the fastest rising pop stars on the planet. The co-writer and voice of the worldwide smash Major Lazer track ‘Lean On’ the most-streamed song ever on Spotify – is currently putting the finishing touches to her eagerly anticipated second album, due for release later this year.

“’Final Song’ is about reconnecting with your inner strength,” says MØ. “With your inner glow, passion, spirit animal, whatever – the force that keeps us going and doing what we love. I wrote it with MNEK and Noonie Bao – both of whom I adore – in Los Angeles earlier this year. We all need to feel empowered from within to be the best version of yourself, but it’s not always easy and that’s what inspired me to write these lyrics. When you’re united with your inner glow you can beat the fears and fly towards your dreams.”

Ørsted grew up on Funen, one of Denmark’s largest islands, and wrote her first song when she was seven years old. A pop obsessive as a child, she became involved with politics, punk and the anti-fascism movement in her teens, leading her to form the “noisy, trashy electro-pop punk band” Mor aged 18. But already she was restless and writing new songs on her own, trying out a variety of sounds and styles on her laptop in her bedroom that, in 2009, necessitated her transformation into MØ. In 2014, she released her debut album No Mythologies To Follow – a unique blend of bedroom beats, soul-punk-electro-R&B and pop harmonies – to rave reviews. The record features singles Pilgrim, Waste of Time, Don’t Wanna Dance and XXX 88 feat. Diplo. In the two years since the album was released, MØ has played sold out tours solo and with Major Lazer, and won over festival crowds worldwide. 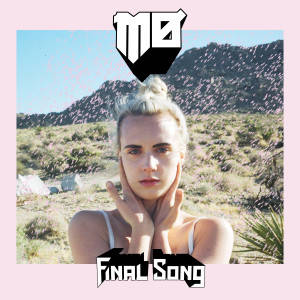