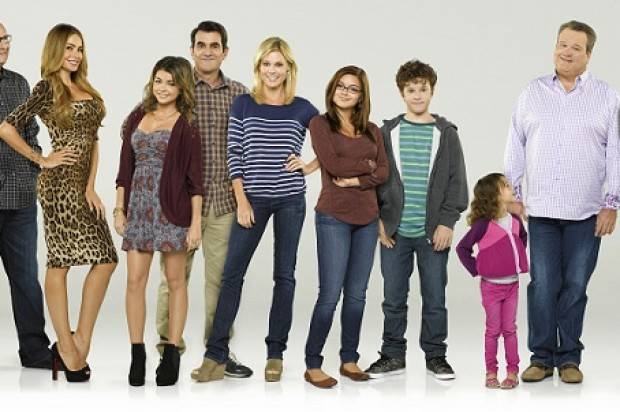 The Modern Family cast are on their way here. Qantas has announced a deal with Twentieth Century Fox Television and will fly the cast out in February to film the hit show. The Pritchett-Dunphy-Tucker clan will take a vacation down under, to be aired later this season, with filming expected to take two weeks.

The entire cast will be making the trip and executive producer Steven Levitan has promised no “down under” jokes. He has though said that they will feature Australia’s kangaroos, koalas and boomerangs.
It could be a great chance for Cam and Mitchell to get married here – if this country let it! Jesse Tyler Ferguson – who plays Mitchell said recently on Channel Ten’s Wake Up, that he doubted Cameron and Mitchell would tie the knot in Australia, saying – “The wedding episode will not be here, I guarantee you that. We could do it in New Zealand though. Sounds like I just laid down the challenge. Come on Australia, pull it together.”

Qantas previously brought out Ellen DeGeneres and Oprah Winfrey that significantly boosted tourism to not only Australia, but massively to the harbour city, Sydney.