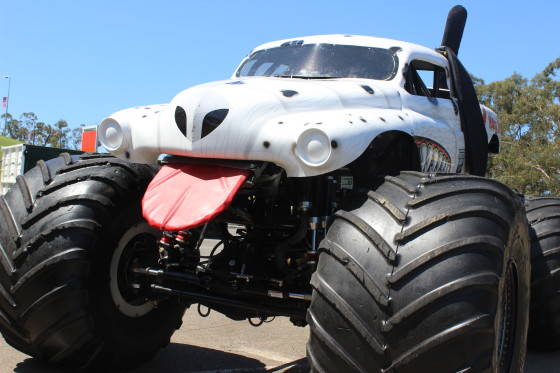 Monster Jam Trucks drive into Brisbane this weekend at the Queensland Sports and Athletics Centre on Saturday 3rd October 2015. This event is not to be missed, the show has something for the whole family. Monster Jam is one of the most exciting types of entertainment; it showcases the talents of four-meter-tall, five-ton Monster Jam trucks. The tour from the United States of America is in Australia for four weeks. The drivers are excited and ready to invade down under with the phenomenon that is Monster Jam. The fan base in three years has reacted very positively and they are bringing the ‘biggest and best’ with a field full of world champions. The superstars of the event are the biggest performers on four wheels: the Monster Jam trucks. These big machines race and rip up a custom-designed track filled with insane obstacles to jump over or smash through. Monster Jam entertains more than 4 million fans a year at 125 different locations and more than 350 performances. 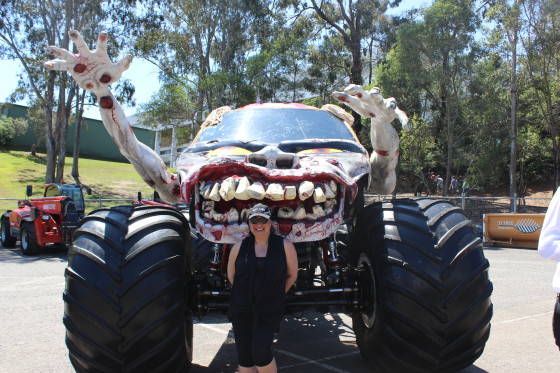 Ken Navitsky one of the announcers of the Monster Jam show does the back-pit reporting. He said it is all about the fans and that’s what the drivers thrive off, the screams and the love they show. He explains excitedly, that the trucks will do wheelies, roll over and donuts, but the most dangerous is the freestyle when they use all the horsepower to go high in the air.

“Seeing the kids faces and knowing the impact that these amazing athletes in these trucks have on these children and adults too, if you talk to the drivers they will agree that’s why they do what they do, and they get beat up hard,” Navitsky says.

The drivers themselves promote their passion for the sport of Monster Truck driving and adore what they do by sharing that love with their devoted fans before the show in the ‘Pit’. The event includes Monster Jam legends Grave Digger driven by Adam Anderson, Max-D driven by Neil Elliott, Monster Mutt Dalmatian driven by Candice Jolly, El Toro Loco driven by Marc McDonald, Zombie driven by Bari Musawwir and many more. Current Freestyle World Champion Monster Jam driver, Adam Anderson drives Grave Digger and has been doing this thrill seeking sport for ten years. The love for trucks and the sport is a family affair for Anderson as they are very involved and that’s how he began driving.

“My father (Dennis Anderson) created Grave Digger the Monster Truck in 1982, so this is all I have ever known growing up around it and he (father) has won multiple championships still competing today.”

Anderson told us that all walks of life come to Monster Jam, the parents that bring the kids end up enjoying the show, ‘everybody from top to bottom can come to this event and have the time of their life.’ This world champion says it is on no account the same show every time with the chaos and craziness that ensues, but he also wants people to know the trucks are very safe.

“This is the first time I will be competing with the Grave Digger in Australia, and people know that when it comes to town we are here to put on a show,” Anderson says. 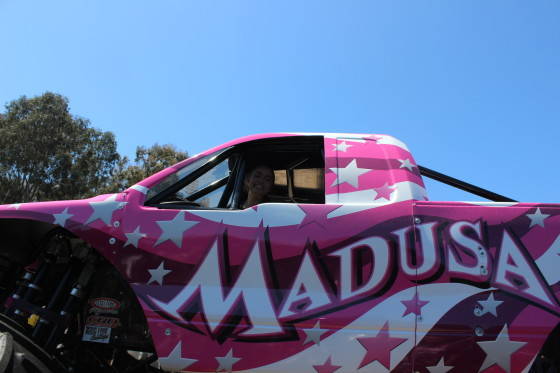 Candice Jolly who drives Monster Mutt Dalmatian, one of the sport’s best-known female drivers and has established a big fan base in a short time on the Monster Jam tour. She has also become one of the sport’s most popular drivers on the World Tour. She entered the world of racing when she was eight years old racing go-carts. Candice was at a show, she showed the boss her portfolio then was flown to the Grave Digger shop and landed a job. Candice is excited to be in Brisbane as it is her first time here and is ready to wow audiences. 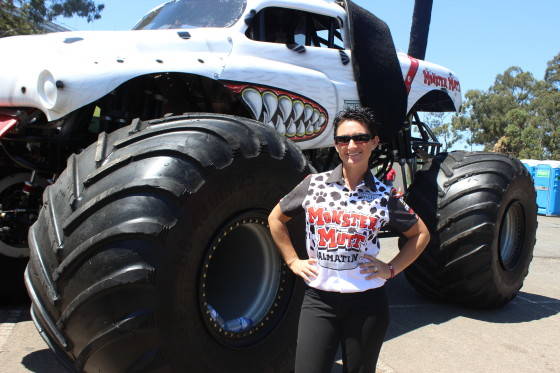 “All over the world the fans know our names and I have been driving for nine years in 16 different countries and 31 different states in the U.S, so it’s exciting,” Jolly says.

Jolly also knows about having her family along for the ride with her husband, who drives the Maximum Destruction and competes in Monster Jam with her. She loves being able to travel the world with her partner, who she met in Finland driving Monster trucks.

“I’m excited to meet the Brisbane fans and to see what they know about Monster Jam and who their favourites are, nothing screams America like Monster Jam, there’s a racing and freestyle competition flipping backwards and jumping 30 feet in the air.”

“When you leave monster jam you will be on your feet screaming and can’t wait for next year’s tickets to go on sale,” Jolly says excitedly.

The tour will run in Brisbane, Melbourne, Sydney and Perth for four weeks only, so don’t miss out on this monster adventure and a great night out.

Get your tickets here: www.ticketmaster.com.au/monsterjam