Chandelier LIFE OF MONTAIGNE Montaigne Sony music by Caroline Russo | on November 24, 2014 | 0 comments | in Music | Like it 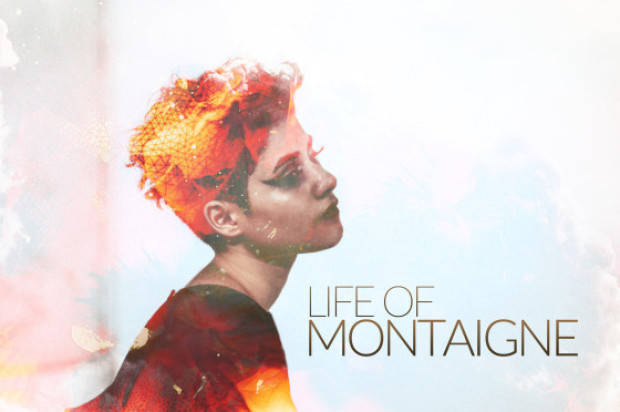 To celebrate the release of her stunning debut EP, Montaigne bravely covered Sia’s epic smash hit ‘Chandelier’ on Triple J’s Like a Version. In what will surely go down as one of the most memorable and spine-tingling covers of the year, Sia herself endorsed the performance tweeting out to her 730,000 followers saying “Wow what an incredible voice!!! Amazing!” If you missed it, you can check it out here.

Montaigne’s first single ‘I Am Not An End’ was released in August this year, receiving high rotation on Triple J and community radio and praise from some of the world’s most influential music blogs including All Things Go, Indie Shuffle and The 405, with Indie Shuffle commenting “One of the stand-out tracks of the year, which also serves as a perfect introduction to this obviously crazy talented young artist.” Montaigne performed an amazing stripped back version of the track on Triple J on Friday during Like A Version, further highlighting her incredible musicality and raw talent. Check it out here.

‘I’m A Fantastic Wreck’ is the second single taken from Montaigne’s EP LIFE OF MONTAIGNE which she worked on with Aussie producer Tony Buchen (The Preatures, Andy Bull). The track, which is at radio now, serves to further exemplify this young artist’s quirky nature, remarkable vocal ability and artsy, pop song writing prowess. Montaignereleased the official video for ‘I’m A Fantastic Wreck’ on Friday and it is available to view now. Directed by Guy Franklin (Kimbra’s “Cameo Lover”, “Good Intent” & “Come Into My Head”), the video is a literal look inside Montaigne’s head – an illustration of what her innermost thoughts might manifest themselves as visually.

You can see Montaigne live when she hits the road with San Cisco this month.

1. A Cinematic Plea For An End

4. Pontius Of The Past

CATCH MONTAIGNE LIVE WHEN SHE TOURS WITH SAN CISCO