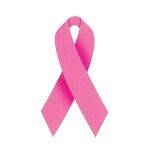 Angelina Jolie’s aunt, Debbie Martin, has lost her battle with breast cancer Sunday. She was 61.

The devastating news comes nearly two weeks after Jolie revealed she had a preventative double mastectomy after learning she had tested positive for the “faulty” BRCA gene.

Martin was hospitalised on Wednesday, her husband Ronald Martin, tells WHO. She passed away early Sunday morning.

While Jolie was not able to be with her aunt, she had seen Martin many times since her diagnosis, and both Jolie and her brother James Haven had been in contact throughout this past week to lend their support. “Angelina has been sending her wishes,” says Ron.

“She and my wife texted each other. It was difficult for my wife, during the last few months, to communicate.”