MOULIN ROUGE! THE MUSICAL COMING TO BRISBANE IN 2023 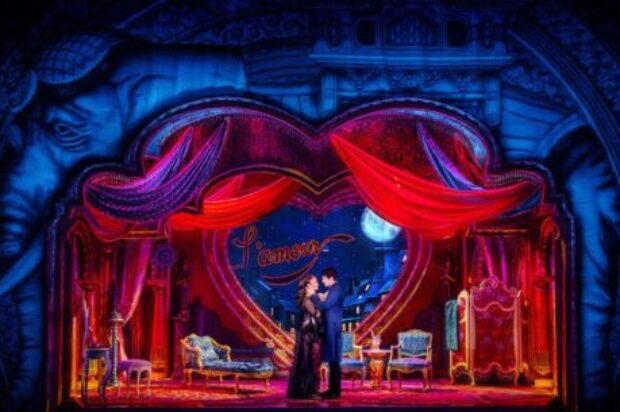 Global Creatures today announced that Moulin Rouge! The Musical will commence performances at Queensland Performing Arts Centre (QPAC) in May 2023.

Pre – sale tickets for the Brisbane season of the first Australian produced musical to win the Tony Award® for Best Musical, will be available to waitlist members from Monday 14th November 2022. Tickets go on sale to the general public on Thursday 17 November 2022.

The 10-time Tony Award® winning musical sees Baz Luhrmann’s revolutionary film come to life onstage
remixed in a new musical mash-up extravaganza that is currently wowing audiences across the globe,
from Broadway, to the West End and Brisbane is next! 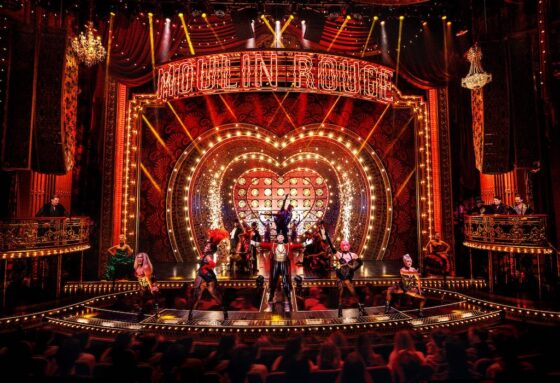 Global Creatures CEO and Producer of Moulin Rouge! The Musical Carmen Pavlovic said, “We are so proud to bring this spectacular show with an all-Australian cast to Brisbane in May 2023! Brisbane audiences are always so wonderfully engaged, and we can’t wait to see their reaction to this big, bold production that has been adored by audiences in Melbourne and Sydney. We look forward to seeing QPAC ready to rouge when the production arrives next year!”

QPAC Chief Executive John Kotzas said: “We are delighted to be working with Global Creatures to bring this multi-award-winning Australian production of Moulin Rouge! The Musical to QPAC in its Queensland premiere season from May next year.  Queensland audiences love blockbuster musicals, and many will have been keenly anticipating this spectacular production coming to our State for the first time. When this dazzling adaptation of Baz Luhrmann’s iconic film produced by acclaimed Australian company Global Creatures lights up the Lyric Theatre stage, it is sure to be one of the highlights of our 2023 program.”

Newcomer Des Flanagan as bohemian dreamer Christian, stars opposite the sparkling diamond Alinta Chidzey who plays Satine, Simon Burke AO plays legendary club impresario Harold Zidler and Montmarte’s resident artistes include Ryan Gonzalez as Santiago. The club’s famed entertainers known as the ‘Lady M’s’ will be played by Samantha Dodemaide as Nini, Olivia Vásquez as Arabia, Ruva Ngwenya as La Chocolat, and Christopher J Scalzo as Babydoll.
The New York Times called it ‘pure escapism’ and a ‘cloud-surfing, natural high of a production’. While Broadway World said, “Derek McLane’s Tony Award® winning, exquisitely sumptuous scenic design, decadently lit by Justin Townsend’s Tony Award® winning lighting design, is alone worth the ticket price, even before the show begins!”
Following the recent opening of the Sydney season, The Sydney Morning Herald wrote “You don’t just go to see Moulin Rouge! The Musical, you enter its world.” Time Out wrote, “Moulin Rouge! The Musical is every bit the ‘spectacular spectacular’ fans have waited for, bursting onto the stage with the same visual splendour and captivating music that made Baz Luhrmann’s film such a hit.” The Daily Telegraph wrote, “You can’t help but leave with a smile on your face, toes still tapping.”

Directed by Alex Timbers, Moulin Rouge! The Musical is a theatrical celebration of Truth, Beauty, Freedom and — above all — Love. With a book by John Logan, music supervision, orchestrations and arrangements by Justin Levine, and choreography by Sonya Tayeh, Moulin Rouge! is more than a musical; it is a state of mind.

Bringing Moulin Rouge! The Musical to the stage was a decade-long journey spanning 3 continents, encompassing 75 songs credited to 165 songwriters, administered by 31 publishers, representing over 160 years of music.

Join the waitlist for priority access to Brisbane tickets at moulinrougemusical.com
TICKETS
Sign up by Sunday 13th November for priority access to pre-sale tickets from Monday 14th November 2022.
Tickets go on sale to the general public on Thursday 17th November 2022 exclusively through QPAC.
Tickets start from $69 + booking fee. For those wishing to be surrounded by the action, a small number of Can Can table seats are available at every performance.
All Moulin Rouge! The Musical tickets purchased through QPAC are covered by the production’s flexible Exchange Policy. 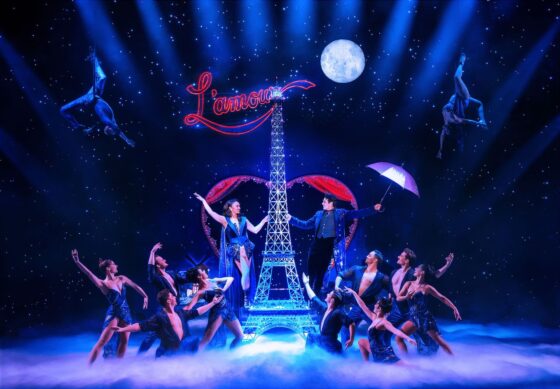