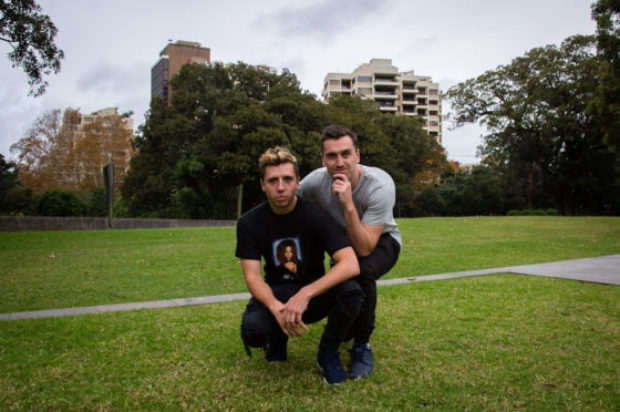 MTV Australia has today launched an exclusive new series with The Royal Stampede, Adelaide based YouTube pranksters with over 1M subscribers. The six part series, MTV Presents The Royal Stampede premieres every Wednesday beginning 7th June and will be available worldwide on mtv.com.au.

MTV Presents The Royal Stampede is the first of several locally produced web series which have been commissioned for MTV Australia, additional series will roll out later in the year.

Exclusive to MTV, the series features comedy duo Richy Sandman and Mark Reynolds as they trick unsuspecting bystanders in their local town of Adelaide and across Australia. The first episode ‘Obsessed Fan’ features Geordie Shore’s Scotty T in which he is stalked by a crazy, obsessed fan. Other episodes include ‘Dancing Grandma,’ ‘Song in Public,’ ‘You Are So Hot,’ ‘Naughty Kids’ and ‘Shitty Interns.’

The Royal Stampede exploded onto the scene in 2013 when they released their video ‘Ronald McDonald Attacks Grandpa’ which went viral with over 11M views on YouTube. Since then they’ve created a YouTube channel, gathering over 1M subscribers and over 200M views worldwide.