Music By The Sea Concert Series 2014 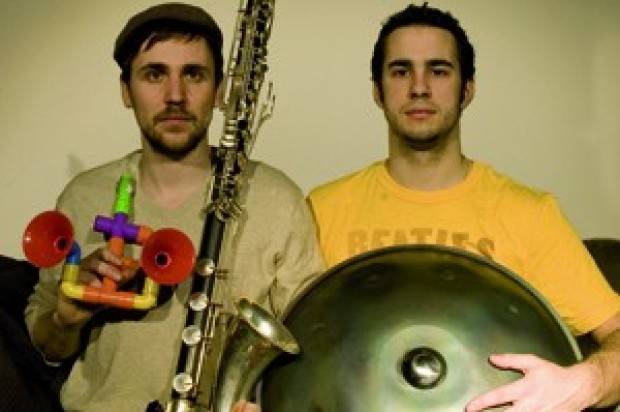 Over four million people have seen a pioneering fusion of the first hang and bass clarinet duo in the world push the limits of its instruments on YouTube.

From Vienna in Austria, Delago and Auer call their creative project the Living Room, and have taken the show to over 20 countries world wide since 2006.

While the title originated from the decision to record in the calm, energetic surroundings of a living room rather than a studio or concert, it introduces the hang, a new and rare musical instrument about which nothing is said to be normal.

Hand made by only two people worldwide, the flying saucer shaped instrument is made from a special blend of metals, played in the lap or on a stand, and blurs boundaries and categories with its wide spectrum of sound and mysterious overtones. 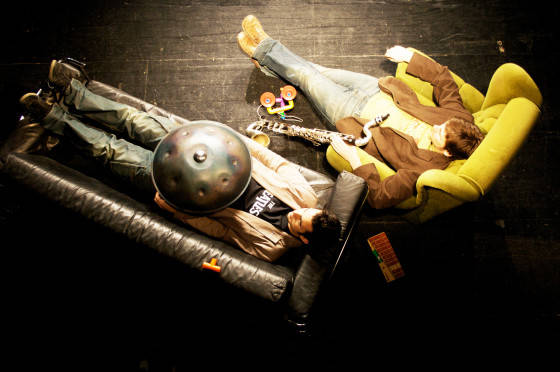 Currently the subject of a documentary film, Manu’s career evolved from playing in an Innsbruck basement, to internet fame, and then live shows with Icelandic singer Bjork.

“Bjork saw my YouTube video, a piece called Mono Desire, and she apparently liked it, and then contacted me to ask if I wanted to be part of her new album, he said.”

“And yeah, I didn’t turn that offer down.”

He is also a composer, music label owner, recipient of numerous prestigious awards including Austrian Jazz Newcomer of the Year, and inventor of the Pepephon an instrument he built using a child’s toy.
After playing together in different band projects, the duo decided on an unusual musical paring of their respective instruments with a focus on exploring the bass clarinet’s huge tonal range and the non-linear, holotrophic continuum of the hang.
Their shows are full of surprise and chance, often leaving audiences wonder struck.
You’ll appreciate the fresh take on selected original compositions, chamber music, and creative arrangements by artists such as the Beates, John Cage and Beyonce, played without confinements or restrictions.
This is not to be missed.
Tickets prices: Adults $30 – Concession $25 – Children under 12 admitted FREE.
For program information and bookings go to www.musicbythesea.com.au.