jackie smith Joseph Tawadros music by the sea by Caroline Russo | on August 2, 2015 | 0 comments | in Music | Like it 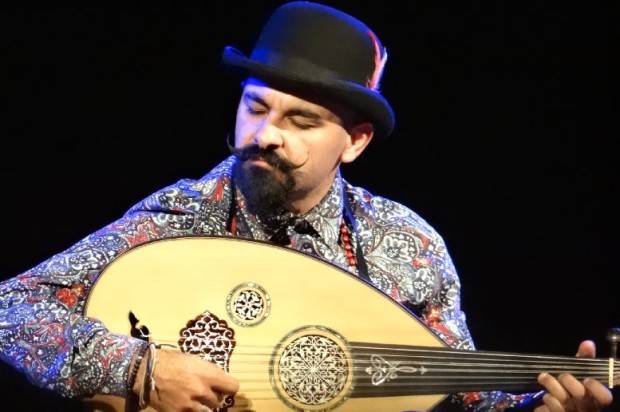 On August 1st 2015, audience members were treated to the musical stylings of oud virtuoso Joseph Tawadros when he played at Music by the Sea’s latest offering, accompanied by his brother James.

Both as a solo artist and collaboratively, Joseph Tawadros has fast been making a name for himself throughout the world music community with his oud (Middle Eastern lute) playing skills. While he has been praised for his dedication to bringing the music traditionally associated with this instrument to a Western community, it is for his composing abilities that Tawadros has won such high praise. His determination to push the instrument beyond the boundaries of its original purpose, into genres including jazz and (at times) punk have led to him winning the Best World Music Aria no less than three times in a row.

Admittedly I have always been rather cynical when it comes to world music. So there was no one more surprised than I when Joseph Tawadros walked on stage and began to play a solo improvisation, warming the audience with the sweet, captivating sound of the oud. This show was different to what one would hear on an album, a stripped back performance of Tawadros’ compositions accompanied by only his brother James (who played req and bendir) in an acoustic concert like no other. 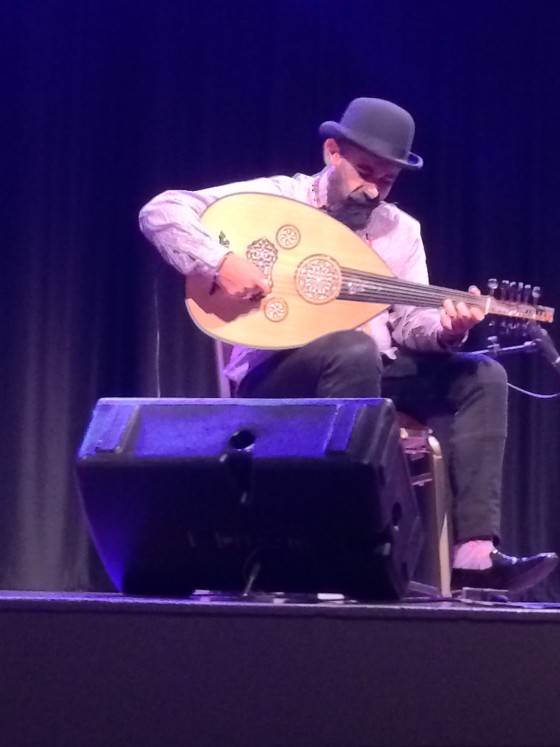 There is something special about watching an artist play music with which he is so enraptured, and its extra special to see them play that music with a family member. Joseph and James Tawadros’ ability to read one another, feeding off one another’s playing, was a sight to see and really elevated the performance. To have an insight into that familiar brotherly relationship, if only for an evening, was a privilege.

For me, music is good when it is able to take the listener to another time or place, even if it’s just for a few minutes. As a writer, I couldn’t see how this would be possible without lyrics – they are after all, what tells the story if not the words? I am happy to say that Joseph and James Tawadros’ performance proved me wrong.

Much of Joseph Tawadros’ work is inspired by words, as in songs like Reason and Passion and Work, which come from the 2009 album The Prophet (Music Inspired by the Poetry of Kahlil Gibran), and his ability to weave a story with only his instrumental compositions is no less impressive than an artist who uses words (Heal and Permission to Evaporate are stellar examples of this). One glance around Sandgate Town Hall was enough to tell me that Tawadros is a storyteller of a different kind – audience members (myself included) were uplifted, transported to another place and time on the back of the notes Tawadros teased from his instrument.

Joseph Tawadros’ performance was my first foray into world music. Though I may have been hesitant in the beginning, it is definitely a genre I intend to pay more attention to in the future. If his latest album Truth Seekers, Lovers and Warriors is as good as the music on offer at this performance, he’s definitely a shoe in to win the Aria again later this year.