MUSIC BY THE SEA REVIEW: THE NECKS

Band Concerts jackie smith Music music by the sea Review The Necks by Caroline Russo | on February 21, 2016 | 0 comments | in Uncategorized | Like it 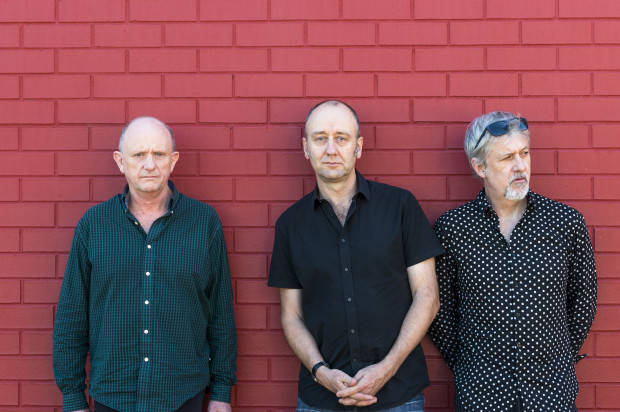 The Necks hypnotised Music By The Sea concertgoers when they appeared for a very special concert at Sandgate Town Hall on Feb 20th 2016.

Since their formation in 1987, The Necks have taken their unique style of experimental jazz worldwide, winning ARIA awards, critical acclaim and an impressive cult following to boot. In 2015, they toured Europe and China as well as releasing their highly anticipated 18th studio recording, Vertigo, for which they received rave reviews.

I have a soft spot for jazz. Artists such as Katie Melua and Jamie Cullum really appeal to me, with their soothing tones and impressive musical ability, and I fell in love with Lady Gaga and Tony Bennett’s Cheek to Cheek when it was released in 2014. But improvisational jazz – for which The Necks are famous – was not something I had come across before. As such, I was a little wary of what I might find; especially when the announcer told us that The Necks are notorious for never playing a repeat performance. It was then I knew that I was in for a night of something completely different.

Chris Abrahams (piano), Tony Buck (drums and percussion) and Lloyd Swanton (double bass) are like the students in a music class that are so talented that the teacher didn’t know what to do with them, so they found one another by accident and began to play, creating a sound that works against all odds.

Having spent 30 years together, they are like a well-oiled machine and sitting in the audience is like having a sneak peek into one of the most impressive jam sessions ever. The Necks are like nothing I ever witnessed before. While at times I was a little confused by what I was listening to, that in no way belies the passion with which the band played, and the precision of their execution.

From beginning to end, they were flawless and whether you understood it or not, the audience was captivated by the very first note, remaining in the palm of The Necks’ hands until the very last note resounded. Such an accomplishment is worthy of admiration, if nothing else.

When it comes down to it, improvisational jazz is something you are going to either love or hate and I have no doubt that last night, The Necks gained a whole new group of fans. As for me, I’m still on the fence.

For their next concert, Music By The Sea will be playing host to Gambian/Australian trio Jaaleekaay on March 5th 2016. Tickets are available via http://musicbythesea.com.au/ or at the venue on the night.