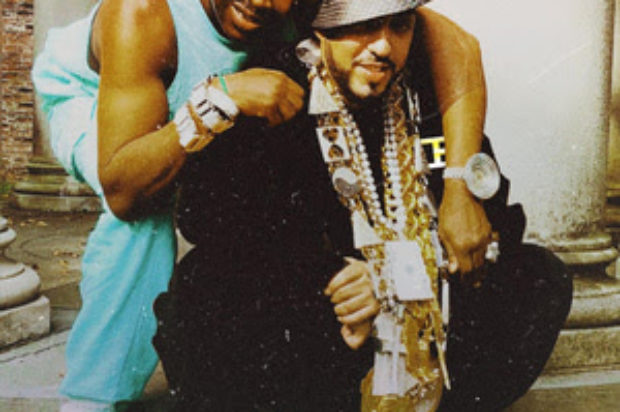 Igniting his next chapter with a bang, French Montana releases not one, but three brand new songs.

Shimmering synths and a beat-thumping underscore the hypnotic and high- fashion ‘No Stylist’ which celebrates leaders and rule breakers who have broken barriers in fashion and hip hop throughout the years. Meanwhile, French’s inimitable cadence bobs and weaves towards a falsetto chant, “Iced out, no stylist.” Capitalising on longstanding and explosive chemistry, Drake turns up with a fiery cameo of his own that scorches on impact with each bar.

Maintaining that energy, ‘Nervous’ and ‘Juice’ both showcase the MC in top form, delivering one vibrant verse and hard-hitting hook after another. All three anthems set the stage for the 2019 release of his anxiously awaited third full-length and follow-up to 2017’s chart-topping and gold-certified, JUNGLE RULES. He hinted at more to big things on the horizon when gracing a recent cover of Billboard. Check it out HERE.

French Montana season is upon us…

Some artists blur genres, but French Montana blurs borders. His inimitable fusion of classic East Coast rhymes, wavy pop swagger, and international ambition elevated him to the forefront of the game on a global scale. 2017 saw him ascend to superstar status with the blockbuster smash ‘UNFORGETTABLE’ [feat. Swae Lee], which cemented him in the ‘Billion Club’ for streaming and earned a quintuple-platinum certification from the RIAA. Meanwhile, his sophomore effort, JUNGLE RULES, went gold in the U.S. and dominated the charts. At the same time, he has left an indelible mark on communities around the globe. In addition to becoming the very first rap ambassador of Global Citizen, he staunchly supported humanitarian efforts, spanning DACA, the viral Mama Hope #UNFORGETTABLE Dance Challenge, which raised over $500,000-plus, and his Pan-African health and education movement into Morocco with Care Morocco. 2018 also saw him become a U.S. Citizen after immigrating to the South Bronx from Morocco at just 13-years-old.

If anyone can not only change music, but the world at large, it’s French Montana.