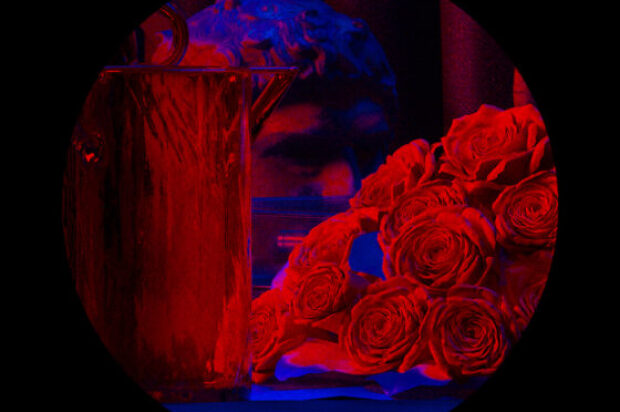 With summer written all over it, ‘Forever’ is an infectious blend of hip-swaying Latin rhythms, horns, synths, and punchy beats. Recorded with NZ-born, LA-based producer Simon Oscroft; mixed by the award-winning Simon Gooding and mastered by the prolific London-based John Davis (who’s worked with the likes of Dua Lipa, U2, Years & Years); the song is all about: “finding somebody that’s patient, somebody who cares enough about you to allow you the opportunity to relax around them.” (explain Hooks)

‘Forever’ serves as the perfect introduction to HOOKS and their hyper-stylized world, which shines through on the song’s mesmerising video, made by Mardo El Noor.

“The video inhabits a visual world where meticulously staged domestic vignettes are frozen in time or stuck in a loop forever, which is a reference to how the concept of time doesn’t apply to moments of realising you’re deeply and irrationally in love with someone or something.”

“Mardo’s intention was to use looping stereo-graphs as a visual device that captures these forever moments; the good, the bad, and the crazy. Depicting scenes of pure hedonism and over-indulgence, ‘Forever’ attempts to construct a loose narrative of what would happen to someone’s world if impulses were left unchecked.”

For HOOKS, ‘Forever’ is just the very beginning of what’s guaranteed to be a delirious ride. With sounds reminiscent of Gorillaz, Daft Punk, Groove Armada, DJ Spiller, Sophie Ellis-Bextor and Morcheeba, they would sit nicely on a roller-disco playlist or a James Bond soundtrack.

And in the vein of virtual band Gorillaz and enigmatic duo Daft Punk – HOOKS is a project that asks its audience to focus on the art and allow mystery and intrigue to surround its creators. Jump on and enjoy the ride!

Hitting the ground running in 2022, Melbourne based duo DUBBEL DROP are back. Following up their 2021 disco-house infused, breakout release ‘Ecstasy’ with the latest offering of their own brand of “super good, fun time, house music” in ‘Back 2 U!’

Dropping their debut single ‘Mighty Knight’ to an overwhelming response locally and across the globe, their second offering ‘Ecstasy’ copped even more love; running up Australia’s ARIA Club Chart peaking at #2 for multiple weeks. The hit track clocked up a stack of profile radio spins from the likes of: triple j, BBC Radio 1, Kiss FM (UK)and can still be heard across the TV, radio and online Ad campaign for McDonald’s Australia. The duo also released remixes for Friendless, Sgt Slick and Beks, which all showcased further sonic diversity and dance floor prowess from the guys.

Taking some lush gospel samples and working them into a well-crafted dance floor weapon, ‘Back 2 U’ is sure to get everyone moving. Pumping energy, through heaving percussion, rising synths and an organ led melody throughout, their throwback filtered house influences are taken into new realms. Dubbel Drop explain: “We approached this production, simply by imagining what it may sound like, if Ye decided to make a French house record…” well, this is the result! Keeping the Summer vibes rolling on ‘Be Rich Records,’ FRIENDLESS is back for 2022 stronger than ever, with thisfunking vocal house groove: ‘Left 2 Right,’ featuring the stunning vocals of Singer / Songwriter BIANCA!

Armed with a back catalogue of certified bangers under his belt (and a penchant for a good party) FRIENDLESS knows how to bring the House vibes. Coming straight off the back of his most recent single ‘Rush (ft. Ché Savage)’ which garnered huge support and plays across the globe, with big props from the likes of: Annie Mac, Rudimental, Sam Feldt, Pat Lok, Golf Clap and Vanilla Ace to name a few. Most recently, his early 2021 weapon ‘Drip’ with the inimitable 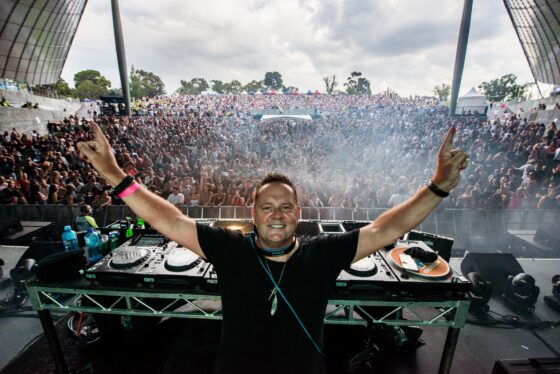 The Reminisce crew are gearing up for their massive 10 Years celebration. Accompanying the Show on March 19 at The Bowl will be a special feature documentary: ‘Backyard to The Bowl – 10 Years of Reminisce.’ Featuring stories from everyone involved from the beginning til today ie founders Corey Topp & Mark Middo, as well as John Course and Richie McNeill (Hardware Group).

The concept of ‘Reminisce’ started in a humble backyard in the beach suburb of Frankston, Melbourne 10 years ago. In what was a small get together amongst 30 close friends, playing their favourite house tunes in a 3×3 metre tent from Bunnings, Corey Topp and best friend Mark Middo thought it would be a fun idea to countdown their ‘Top 50’ favourite House Anthems of all time. Fast forward from Frankston, to then staging their show at The Prince Bandroom, then CIRCA Rooftop and then the iconic Sidney Myer Music Bowl.

In Brief:
Hot Sauce are excited to announce that Carl Cox and Eric Powell will be on the Mornington Peninsula to perform their first show together on the ‘Ninch’ since early 2020. The Peninsula Shire suggested the Rosebud Village Green – smack bang in the middle of the peninsula, right by the beach.

Carl Cox and Eric Powell will be joined on stage by one of their favourite Australian singers, CHRISTINE ANU. She’ll be performing one of their all-time favourite Balearic classics ‘Sunshine On a Rainy Day’ and more. After seeing Christine Anu perform an amazing set at the iconic ‘Meredith Music Festival,’ the conversation was started for Christine to join Carl and Eric on stage and hopefully soon – collaborate in the studio.

Richie Rich will also join Carl and Eric on stage to drop one of his legendary Balearic Sets, perfect for a summer’s day by the beach. Hot Sauce regular ‘Simon Pentz’ will be in Rosebud with the lads too.

Carl Cox and Eric Powell do what they do best digging deep into their record collections for a day of Balearic/Funk/Disco and House.

All tickets include an integrated bus ticket to the site, so you do not have to drive from various locations across the Peninsula. These custom ‘Bus Service’ routes, will be time-tabled and announced via socials.

For Tickets, go to: https://bit.ly/HOTSAUCERosebud