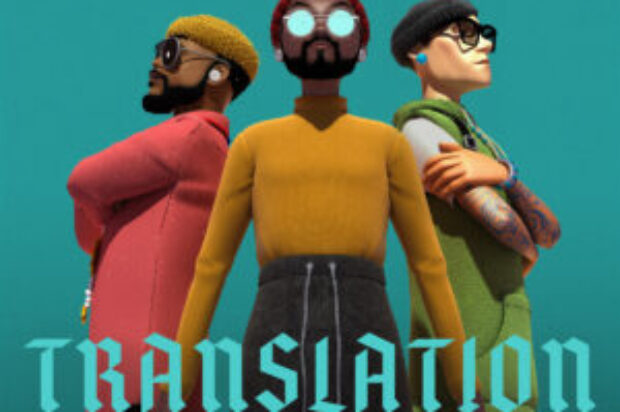 Additionally, they unveil the music video for ‘FEEL THE BEAT’ with Maluma.

To celebrate the record’s arrival, the six-time GRAMMY® Award-winning, genre-bending pioneers launch a full-scale television takeover. On June 24, they kick off the day by performing on ABC’s Good Morning America “Summer Concert Series” and closing out the night with a performance on CBS’s Late Late Show Starring James Corden. Next up, they ring in Independence Day by taking the stage at Macy’s 4th of July Special on NBC.

Yesterday Black Eyed Peas headlined the Rock The Vote’s Democracy Summer Concert. The two-hour virtual gig drew thousands of live viewers as the group served up one era-defining hit after another during a powerhouse set. In case you missed it, watch it again HERE.

Last week, they teased out the album by sharing ‘NO MAÑANA’ with El Alfa alongside the official music video. Garnering critical acclaim, Billboard claimed the track “has propulsive beat twists and turns fused with Alfa’s rapid-fire cameo and dembow catchy melodies.”

Integrating hip-hop, pop, dance, reggaeton, and trap the album unites Black Eyed Peas with some of the hottest voices in the world. They join forces with Shakira on the sexy and seductive ‘GIRL LIKE ME,’ while the guys go crazy alongside Tyga and Nicky Jam during ‘VIDA LOCA.’ Meanwhile Becky G adds sass and spirit to ‘DURO HARD,’ and French Montana turns up East Coast-style with a fiery flow on ‘MABUTI’. Everything culminates on ‘NEWS TODAY’. Just above acoustic guitar and a glitchy beat, they deliver provocative and powerful observations on life in 2020.

Black Eyed Peas first teased TRANSLATION with ‘RITMO (Bad Boys For Life)’ in late 2019. In just eight months, it garnered dozens of platinum certifications worldwide and put up staggering numbers. Tallying over 1.5 billion combined streams and views it made history as both their most streamed song and viewed video ever. Not to mention it also served as the lead single from the Original Motion Picture Soundtrack to the blockbuster Bad Boys For Life. On its heels, the group dropped ‘MAMACITA’ with Ozuna and J Rey Soul this year. It recently eclipsed 200 million combined streams and views, reached #3 on the Billboard Hot Latin Songs Chart and #1 on the Billboard Latin Airplay Chart.

To date Black Eyed Peas have sold over 50 million albums worldwide and notched numerous number ones. TRANSLATION ignites the next chapter of this legacy.