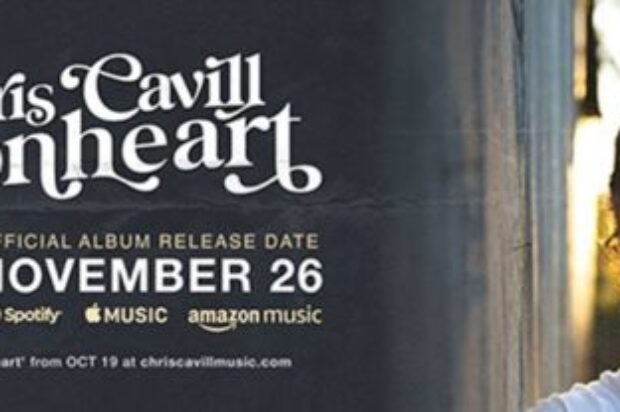 ‘Lionheart’ is the 3rd studio album from Melbourne based artist Chris Cavill. The album is a tribute to Cavill’s father who passed away in 2017 after a lengthy battle with Multiple Sclerosis (MS). ‘Lionheart’ tells the story of a remarkable man and his extraordinary life. The album is a bold display of love and admiration, tempered with the cold realities of bereavement and grief.

The collection of 9 songs reflect the heartache experienced throughout Chris’ childhood watching his father deteriorate, and the process of coming to terms with the loss of such an integral and important figure in his life. The first single and title track is a love song, from a bereaved son to an adored father. A song of deep appreciation, of thanks, and of longing.

Second single ‘Doin’ Time’ is a raw, yet gentle expression of grief with a delicate acoustic 12-bar blues inspired riff, complemented by the smooth Americana sounds of the banjo and pedal steel guitar. The song also offers listeners a sense of hope, healing and moving forward. ‘Cold’, a song about the dark places that challenging times and a sense of betrayal can take you is perhaps the most rock influenced track on the album, while the slow beauty of ‘Whatever You Become’ is a reminder to focus on what’s ahead rather than what could have been.

Of ‘Don’t Wanna Let Go’, Cavill says “I was fortunate to be by my Dad’s side when he passed away and this song is a reflection of the moment I said goodbye for the last time before he drifted off. I didn’t want him to go, but “the weight that’s on your shoulders pulls you down”. After 28 years battling a physically debilitating illness, his body was broken, and I didn’t want him to suffer anymore.”

On reflection for Cavill, the themes of the album also go hand in hand with his broader experiences as a passionate educator, having worked as a primary school teacher, as well as an aide to children with additional needs. Many of these students face significant physical, social and emotional challenges in their own lives, as can their families and carers. There are so many “Lionhearts” around us within our communities that face extraordinary circumstances and struggles every day. Chris takes huge pride in working with these people, especially those whose own paths have been tested.”

The creation of ‘Lionheart’ has been a true labour of love for Chris Cavill, one that has left him primed for this next chapter, ready to share his most personal and reflective work to date, one that should resonate with anyone familiar with love and loss.