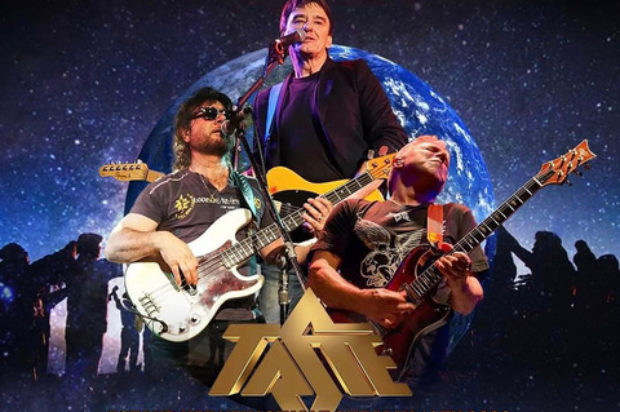 Stand Up is the great new single release for Melbourne band Taste. They were the youngest recording act to be signed by Warner Bros and went on to release three albums and a heap of top twenty hits including Tickle Your Fancy, Little Romance and the classic Boys Will Be Boys, which was used by Queen in their warm-up music before their shows.

Taste actually went on to share the stage with Queen and was handpicked by the band to join them on their US tour. Taste kept going for several years after that, touring Australia constantly and becoming the first band to appear on the pilot for the iconic TV show Countdown.

They regularly played venues across the country with the likes of Sweet, Suzi Quatro, Sherbet and Skyhooks. But on the eve of signing with Seymour Stein’s Sire Records in the USA, the constant touring and management problems led to the demise of the band. But then the band regrouped and in 2008 they released a massive album Rock Is Dead, which put the band back on the Australian music scene map.

This latest track is not quite as dark as some of the songs on Rock Is Dead and is more a return to the Taste that is so revered and renowned. From the opening notes of the song you’re hooked: the chorus is a real heart-pumping section that you won’t forget too easily. The lyric is inspiring, reflecting the inner strength we all have inside us to keep fighting, to keep trying to stay up even through hard times. And there’s no time like now for a song just like this. Its impassioned performances will resonate with many.

This is a big, contemporary sounding pop-rock track that is just the panacea people need to hear, it has heart and soul and just a little of that old glam magic.