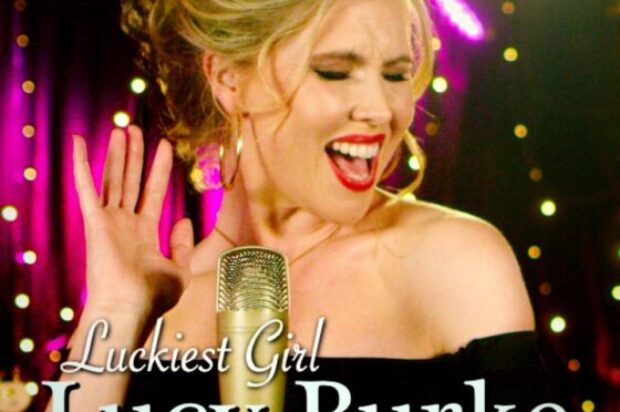 Sydney based singer-songwriter Lucy Burke has just released Luckiest Girl. Lucy has been steadily creating a buzz around the local music scene and was the feature artist at The Sydney Football Stadium in 2016 after winning the Bands On Stage competition and the feature artist at The Australian Songwriters Awards in 2017 where she performed her single Leaving on a Lie.

The new track follows her previous releases Nighttime and Calm Before the Storm, recorded with engineer Luke Bertoz (Tales in Space, Dappled Cities). After two albums, Botany Street(2008) (recorded at Abbey Road Studios London) Chasing Sparks(2014) (recorded and produced by Sean Carey, former guitarist of Thirsty Merc) and the EP Behaviour (2013), Lucy has returned with an impressive song that blends ambient contemporary pop, orchestral, and jazz-funk highlighting not only her brilliant vocal dexterity but her sophisticated songwriting talents. Luckiest Girl starts with a drum groove that’s reminiscent of a Portishead track, which then segues into a panorama of synthy sounds and a keyboard riff that creates an alluring mood.

There’s quite a mix of styles here but they all seem to coalesce nicely, with jazz-inspired bass guitar parts fitting in beautifully with hip-hop flavoured rhythms. These textures all support Lucy’s enthralling vocal performance with its stirring dynamics and powerful range. The lyric is about unrequited love and this subject is explored convincingly utilising compelling visual images as well as a direct and relatable writing style, as this line reveals: ‘If I stand in your way / would you notice me / If I fall down at your feet / would you care to tumble over me’. Luckiest Girl is a fascinating and enjoyable blend of indie-pop aesthetics similar in tone to Nora Jones and Lana Del Ray but Lucy’s voice helps to create a hybrid that’s all her own. Luckiest Girl is sure to do well for Lucy Burke and attract a lot of attention at radio and all streaming platforms