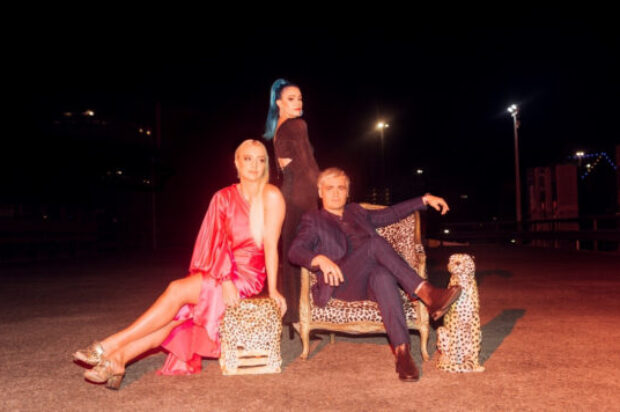 Sheppard and MOTi are sending you back to the dancefloor with a club anthem from Kaleidoscope Eyes!

Following the release of their highly successful third studio album Kaleidoscope Eyes, Brisbane-based band, Sheppard have teamed up Dutch superstar DJ MOTi to deliver the remix that will have you grabbing your friends and heading to the nearest club (or quite possibly lockdown living room party!)

The original single Come Back written by the band with acclaimed Australian singer-songwriter Tania Doko (Bachelor Girl) is lucky number 13 on the album’s track listing and is a fan favourite for its memorable hooks and relaxed vibes. The track, which dropped last year as part of Sheppard’s now-famous “12 singles in 12 months” campaign, is a call to a former flame to remember the good times and come back to a once beautiful relationship. With the theme of Kaleidoscope Eyes being all about viewing life through the lens of love, Come Back reminds us that it’s not always smooth sailing.

Since its release (24 Apr 2020), the track is continually building its numbers and is currently sitting at 1.8 million streams across all platforms.

George from Sheppard said “MOTi is one of the world’s most in-demand DJs and we were thrilled he was able to collaborate with us on Come Back. He brings an entirely new energy to the track and I can’t wait to be out and hear this on a packed dancefloor.”

Timo Romme, best known as Dutch electro-house DJ, Moti, is a highly celebrated and successful artist in his own right. He has worked with huge names in music such as Tiesto, Flo Rida, Ava Max and performed on the biggest stages in the world at Creamfields and Tomorrowland.