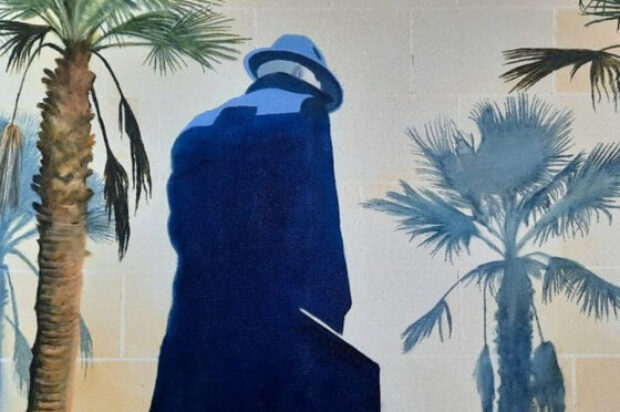 Spy v Spy is unquestionably one of Australia’s most socially conscious rock bands. They started out as the voice of Sydney’s homeless squatters in the early eighties but their songs spoke for everyone who felt under the thumb of the system. They told true stories of the common struggle that polite Australia didn’t necessarily want to hear. With platinum albums and gold top ten singles, the Spy’s gave Australia anthems that defined a generation and cemented themselves as Oz rocks working-class heroes.

With the tragic passing of Michael Weiley one of Australia’s unsung heroes of guitar, Cliff Grigg original drummer and songwriter was charged with the task to bring the Spy’s back to their early glory. Michael had handpicked some local musicians and embraced them as the new Spy’s to carry the music forward into the future. Four member’s one goal; to redeem the Spy’s legacy and play the music with passion and pride. Driven by Cliff Grigg, Spy’s first new album in over 28 years came together. The aptly named, ‘New Reasons’, is filled with great Australian rock. The Spy’s are back and here to stay.

The current line-up is filled with some stellar talent. Cliff Grigg toured nationally and internationally with acts such as INXS, The Angels, Midnight Oil, The Clash, David Bowie, U2, and Simple Minds. He has recorded top ten albums with the Spy’s. His songwriting and drumming style can be heard on countless classic rock tracks like platinum-selling ‘Don’t Tear It Down’, ‘Credit Cards’, ‘One Of A Kind’, ‘AO MOD’, ‘Clarity Of Mind’, and many more. Cliff brings an enormous amount of explosive energy, experience and enthusiasm to the band which reflects in the live shows that will leave you breathless.

Dean Reynolds earned his reputation in the rugged working-class hotels of Newcastle and the Hunter Valley. An extremely passionate and dedicated front man that delivers a veraciously soulful live performance. His powerful vocal style and menacing presence gives him an edge rarely experienced in the live music scene. He was personally chosen by Michael Weiley to carry on the legacy.

Cameron Hallmen brings his many years of live performance with the dedication to lay down the thunderous bottom end. With a relaxed & effortless style, bringing the rhythm of a freight train that can be felt as well, as heard. As a mad Spy’s fan from an early age, his influences were full of melodic percussive attack, energetic performances of purity, and all heart. He has obtained all of these traits.

Andrew Davis is honoured to pay homage to Michael Weiley who has passed on his personal guitar to Andrew to keep the Spy’s music alive with an authentic and melodic sound. True respect to Michael’s style and legacy. His feel and tone are paramount to his sound with a high energy clean style that delivers every night. “No one could emulate Mike’s sound he was so unique and melodic. Always had the perfect note in the perfect place a True Australian Guitar hero.” – Andrew Davis

The issues that Spy v Spy highlighted with their music are sadly still part of our cultural fabric. Now seems like the perfect time for the band to reignite the fire in their original fans and light a spark with a new generation who will need to carry the torch forward. Your first chance to see Spy v Spy will be at the launch of their new single, ‘Overland’, in Newcastle where it all began at the Wickam Park Hotel on July 3. Tickets are available now from Bigtix. The album, ‘New Reasons’ will be released in September 2021.