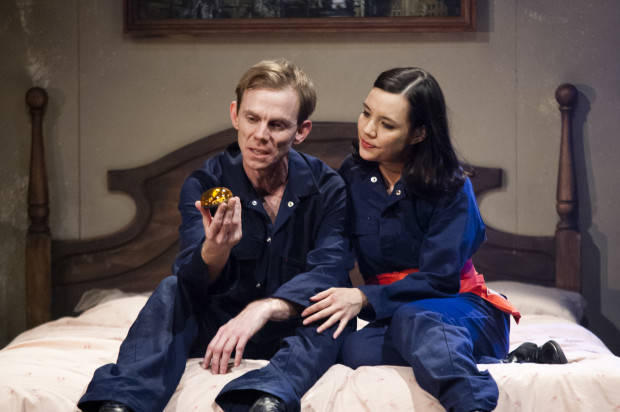 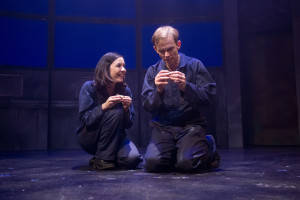 The real Big Brother is back!
The critically acclaimed production that stunned audiences in 2012 returns to the Cremorne Theatre, Queensland Performing Arts Centre (QPAC) for a strictly limited season, from 15 July to 2 August 2014, following a five-month national tour.
Strap yourself in for the terrifically frightening theatrical event that is 1984, set against a towering wall of plasma screens, as adapted by shake & stir theatre co.
George Orwell wrote 1984 in 1948 as a prediction of our future and 66 years on the themes resonate deeply, making the novel a reappearing title on many “must read” book lists.

“The parallels between what Orwell explored and what we are experiencing in the 21st century are frighteningly accurate and not just in politics but in many facets of modern living.” Co-Artistic Director and Co-Adaptor Nick Skubij says.

“How he managed to depict facing (and what we’d do to avoid) our biggest fear is also something we were really keen to explore.” Skubij continues.

The contemporary relevance is not the only scary aspect to the production.

“It’s our aim to keep the story as dark, twisted and grotesque as it can be, it’s Big Brother meets Saw 1, 2, 3, 4, 5 and 6, we are blurring the lines between reality and horror” Skubij states.

The story is set in Oceania; a Nation perpetually at war, where cameras watch every move and Thought Police patrol the streets in search of traitors. A place Winston Smith calls home.
By day, Winston is an editor at the Ministry of Truth, rewriting history to align the past with the radical political agenda of the ruling party and its illusive leader, Big Brother. By night, Winston pursues a forbidden love affair with the mysterious Julia in an attempt to rebel against the oppressive regime and maintain some control over his otherwise totallycontrolled life.

When Winston and Julia are discovered, they are violently separated, detained and prepared for conversion.
From the team that brought you the award winning Animal Farm, this highly acclaimed stage adaptation brings George Orwell’s final novel screaming into the present.
“Following the success of our Animal Farm National Tour last year, we are thrilled to be presenting another production that is just as visceral, thought provoking and appealing to audiences of all ages around the country once more.” Skubij said.