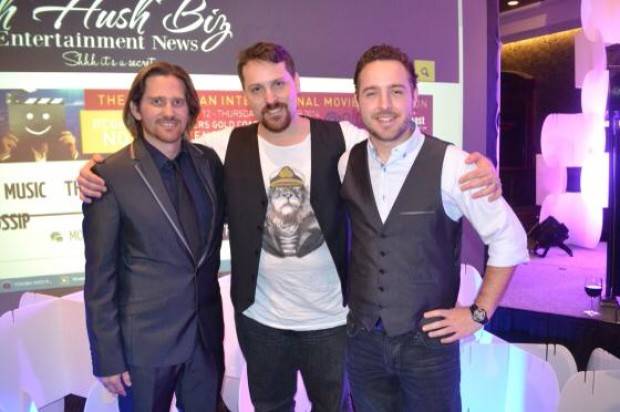 THE FORCES ARE WITH ADAM HARRIS FOR MY SAGA

Adam Harris is one man that has been on a mission he is a husband and father of 3 and before his second child was born (October 17th 2010) he suffered a bleed in the brain which lead to discovery of a brain tumour. But that has not stopped him and as he says to put it short, I still to this day have it nestled in the back part of my brain, as it was diagnosed as a cavernoma hemangioma and due to it’s positioning was too dangerous to operate and I have to go consistent scans and check-ups the rest of my life.

He was told he never be able to hold his children in his arms again which really hit a nerve, so I started to pursue my dream of becoming a film-maker. For me that dream had started when I had seen Return of The Jedi in late 1983 at the Hoyts Regent Cinema in Brisbane, Star Wars became a huge part of my life and as corny as it sounds it saved me. Star Wars is the one thing my eldest son and I bond with the most. Jack Anakin Harris who is now 5 years old is just as excited as I am about the new Star Wars film coming from JJ Abrams. So with this, it gave me an idea. I would make a Star Wars documentary about my struggle and also about my son and I sharing this incredible build up to the next film. I wanted to take him on a Star Wars journey talking to people (fans, cast & crew of the films and TV shows) and how it has impacted them and the relationships and bonds they have developed with others. I want to create a memory my children can look back on and know that I got to live my dream. Well the dream has come alive and for Adam and his son. With crowd funding and many supporters that have come behind this project, and the support of the Qld Film TV Events which is run on the Gold Coast and some of the local film industry folks who have got behind him as well. Chris Sun filmmaker writer director who was one of the guests at the last GC QLD FILM TV EVENTS NETWORK, followed up with lead cast to endorse Adam, and the likes of American Actress Tara Reed, and Bill Morosely, and many other cast members of the film Charlie’s Farm that got released last December 4th 2014 put it out there for him. With the $15,000 now raised Adam says that ALL profits made from the sales of this documentary on all formats will be donated to the Starlight Children’s Foundation and the Royal Children’s Hospital in my hometown of Brisbane. This is so that if my dream comes true in making this documentary I will also be helping so many other children who have dreamt of being part of that galaxy far, far, away. This film is not about money for me it’s about family.

Adam is now preparing with his crew David Richardson, Cody Carlson and there are many exciting things happening and we cant wait to get started. 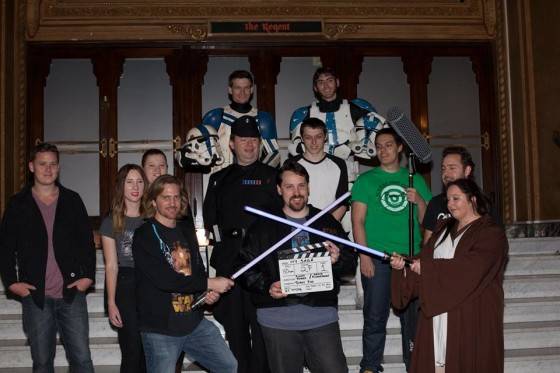 May The Force Be With You Adam and his family and crew and we look forward to the final cut!
Credit photos Caroline Russo Hush Hush Biz, and Mirre Jennings. Thanks to Drama Queen Productions for interview done at QLD Film TV Events.