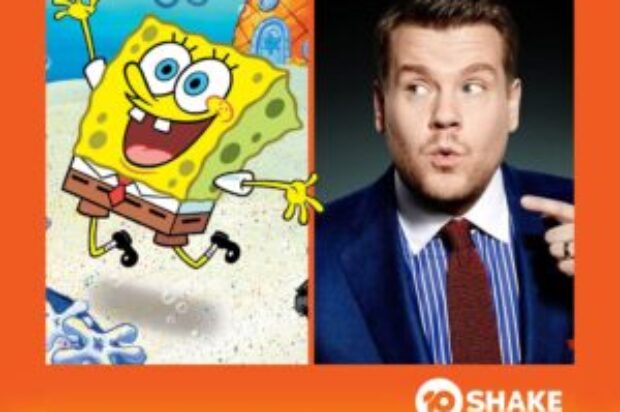 Talk about having friends with benefits. When Network 10 hooked up with ViacomCBS, everyone knew it would shake things up. But, shake up a whole new channel? One could have only imagined.

Joining 10, 10 Bold and 10 Peach, 10 Shake will shake its way onto our television screens later this year.

The new channel will include a mix of shows for people aged 0-40 – think toddlers to teenagers, millennials to mamas, dreamers to dads.

It will be the only free-to-air channel on which Australians will have access to a shakin’ slate of the most popular kids’ programs including Bubble Guppies, Henry Danger and READY SET DANCE.

10 Shake will also have some of the most talked about, most tweeted about and most meme-able shows in the world – Catfish: The TV Show, The Charlotte Show and The Late Late Show With James Corden – that will leave anyone totally shook!

The breakdown is simple: daytime is for the kids and prime time is for the big kids, or um adults, those who like their television shaken not stirred.

And, because kids are yet to learn what an appropriate wake up time is, kids programming on 10 Shake will have kids shaking their tail feathers from 6am to 6pm daily.

Parents, are you reading this? Twelve hours of wonderful kids’ entertainment courtesy of Ryder and his team of seven crime-fighting pups.

Heck, it’ll even throw in a Spanish teacher in the form of a super cute Latina heroine and her red boot wearing monkey. De nada!

10 Shake will also boast a beloved absorbent, yellow and porous protagonist who lives in Bikini Bottom – SpongeBob SquarePants. It will also welcome a girl called Carly and her two best friends who made a web show that became an online sensation, iCarly. Plus, many more famous kid-friendly faces.

Then comes 6pm. It’s nighty night for the little ones and time for the big kids to come out and play. It’s an evening line-up nobody will be able to shake loose.

From guilty pleasures galore like Ex On The Beach and Lip Sync Battle, to a late night after party hosted by the one guy everyone would love to carpool with on The Late Late Show With James Corden, 10 Shake is set to stir up prime time.

If a party is needed, then the channel has got the one celebrity who knows how to find one in the middle of the South African jungle.

Australia couldn’t get enough of this Geordie lass on I’m A Celebrity…Get Me Out Of Here! and now Charlotte Crosby will be bringing not one but two of her shows to 10 Shake: Just Tattoo Of Us and The Charlotte Show.

And if that’s not enough, 10 Shake will be shakin’ with the latest movies including The Matrix franchises, The Hunger Games (1 and 2), The Lego Movie and Office Christmas Party.

Network 10 Head of Programming, Daniel Monaghan, said: “We are thrilled to be adding 10 Shake to our family of channels. It is a fantastic proposition for Australian viewers and includes a great array of content from ViacomCBS, a lot of which has never aired on free to air television before.

“10 Shake daytime will boast over 84 hours a week of the biggest kids’ TV shows on the planet including SpongeBob SquarePants, PAW Patrol and Henry Danger. It will provide a wonderful world of entertainment just for kids.

“10 Shake prime time will be the destination for mischievous big kids who love escapism television with plenty of bite, comedy and fun. With shows like The Charlotte Show, Catfish: The TV Show and Lip Sync Battle forming part of the schedule, it will be self-indulgent TV at its best.”

Network 10 and ViacomCBS chief sales officer Rod Prosser said: “By unlocking ViacomCBS’ huge library of iconic content and brands on 10 Shake, we are creating a fresh environment packed with familiarity.

“This is great news for brands and advertisers with endless opportunities to create something unique across this channel, and our broader playground of brands, as part of the launch.

“More than 70% of Australians* have not had access to many of these iconic shows which are firmly targeted at under 50s and we’re really pumped to be bringing them to free-to-air.”

The announcement of content on 10 Shake follows Network 10’s biggest first half commercial shares since 2011.

Rod continued: “The pendulum is certainly swinging in favour of 10 as brands and advertisers are making the switch. The addition of 10 Shake to our linear channels will only boost our share, particularly in the younger demographics, as we charge toward Q4 and 2021.”

Want to see the shows about to shake up your world? Take an exclusive peek here and keep on reading!