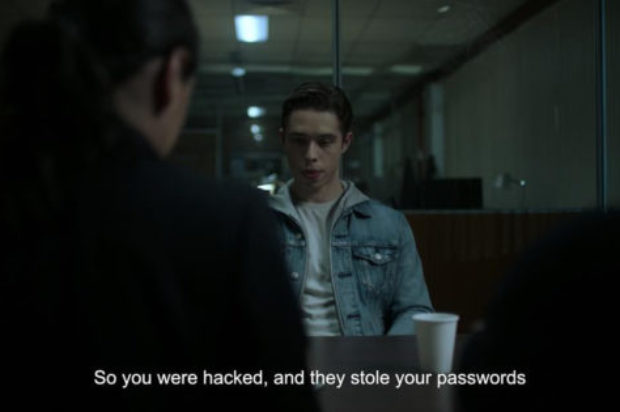 AUSTRALIANS BYTE OFF MORE THAN THEY CAN CHEW: 62% OF PERSISTENT PIRATES ARE VICTIMS OF THEIR OWN CRIME
New anti-piracy campaign launches

Considering illegally streaming the latest movie or a season of your favourite TV show? You might want to think again. Creative Content Australia (CCA) has today revealed alarming Australian research linking cybercrime with content piracy, with 62% of adults and 75% of persistent teen pirates experiencing cyber breaches after accessing pirated content, including fraud, viruses or exposed personal details[1].
Malware has become big business with pirate sites now exposing users to malicious software[2] that can steal personal data such as email addresses, bank details, credit cards, passwords, photos and videos, and facilitate identity theft.
“If you visit pirate websites, even the law can’t protect you,” said Graham Burke AO, Chairman of Creative Content Australia. “You are going to a criminally dangerous neighbourhood. Pirate sites are big businesses and exist solely to make money by robbing you, or worse. This is an area where your cyber security is in danger and malware, blackmail and identity theft is common place.”
Links on copyright infringing sites are an exceptionally common method of propagating malware on the internet. The criminals exploiting stolen movies and TV shows have diversified to make money by stealing consumers’ personal information. “My hope is that these findings serve as a reminder for those considering pirating. It’s simply not worth the risk,” said Burke.
Launched today, the not-for-profit’s latest anti-piracy campaign highlights the increased cybersafety risks to pirates with 21% of Australians aged 18+ admitting to pirating content in 2019.

CCA Executive Director, Lori Flekser said: “Unsurprisingly, illegal pirate sites have long been associated with malware and cybercrime. The piracy ecosystem is built on making money from stolen screen content. Often uninformed of the risks, users of these sites are baited into trying something they think is free or cheap but comes with a hidden cost: fraud, viruses, loss of personal data and exposure to potentially unwanted programs or unsavoury online activity such as gambling and pornography. Is it worth the risk for a free movie?”
“The more you pirate, the more likely you are to experience a cyber security issue, with persistent teen pirates experiencing more than double the number of issues than those pirating less frequently,” said Flekser.

With the estimated cost to an individual who is attacked by malware in excess of hundreds, if not thousands, of dollars, reformed hacker and CTRL Group Co-Founder and CPO, Bastien Treptel, has seen first-hand the implications of online piracy.
“We find that pirates have a false sense of confidence that they are able to avoid malware when they’re accessing pirated content, but this just isn’t the case. The web can be a dangerous place but the risk of experiencing cybercrime, like a virus or loss of personal data, is heightened when accessing pirate sites. Anyone who is protective of their data privacy should avoid these sites altogether.”

The 30-second anti-piracy ad – Piracy. You’re Exposed. – launches in cinemas and on subscription and FTA television across Australia today.