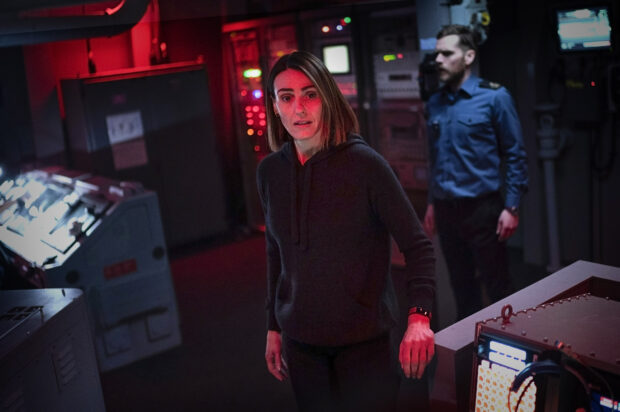 The gripping new drama series Vigil, written and created by Bafta-nominated writer Tom Edge (Judy, The Crown, Strike) and from the makers of Line of Duty, Bodyguard and The Pembrokeshire Murders, will premiere Monday August 30 on BINGE, with episode two available the following day, Tuesday August 31. New episodes will drop weekly each Monday until the finale on 27 September.

The series stars Suranne Jones (Gentleman Jack, Doctor Foster) as DCI Amy Silva and Rose Leslie (Game Of Thrones, The Good Fight) as DS Kirsten Longacre who lead an investigation on land and at sea into a conspiracy that goes to the very heart of Britain’s national security.

When a crew member is found dead on board the Trident nuclear submarine HMS Vigil, police in Scotland are called in to investigate. The catch? The UK’s nuclear deterrent must remain unbroken, so the submarine stays on patrol and Detective Chief Inspector Amy Silva (Jones) must go aboard to begin an investigation. Although the death was written off as an accidental overdose, Amy suspects foul play. But when the crew close ranks in the face of Amy’s questioning, a new threat overshadows her inquiry.

Vigil is written and created by Bafta-nominated writer Tom Edge, with episodes by Ed Macdonald and Chandni Lakhani. It is directed by Bafta-winner James Strong, and Isabelle Sieb. Vigil is produced by Angie Daniell, executive produced by Simon Heath and Jake Lushington for © World Productions, Gaynor Holmes for the BBC, James Strong and Tom Edge.

Vigil is set and was filmed in Scotland, and is supported by the National Lottery through Screen Scotland. International distribution is handled by ITV Studios.