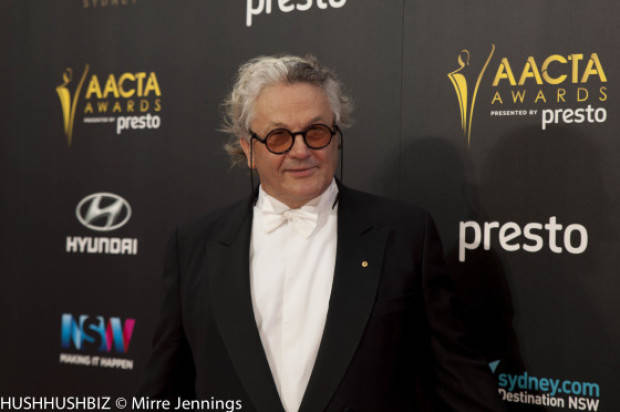 AACTA Announces Return to Channel Seven, new Hair and Makeup Award for Sixth Awards Season
 Film, Documentary and Short Film Entries Now Open
 Applications for Juries Across All Categories Now Open
The Australian Academy of Cinema and Television Arts (AACTA) today announced that it will return to Channel Seven in December, following record viewers for the nation’s top screen awards which moved to Seven last year.
The 6th AACTA Awards Ceremony presented by Presto will be held on Wednesday 7 December at The Star Event Centre in Sydney, again capitalising on a primetime telecast and driving great awareness for Australia’s top film and television productions awarded ahead of the Christmas and holiday period. An extended version of the Ceremony will again encore on Foxtel.
Launching its sixth awards season, AACTA today announced a new award – the AACTA Award for Best Hair and Makeup, which encompasses film and television – and said a host of new television awards will be announced next month as a result of its new partnership with ASTRA.
AACTA today called for entries across feature film, documentary and short film award categories, and jurors across all awards categories, with this year seeing more than 45 peer-assessed awards presented, celebrating Australian stories, culture and creativity captured on the big and small screens.
All television entries, as well as jurors for new television categories, will be called for when the newly- expanded television awards are announced in May.
AACTA also today announced the date of the industry-exclusive 6th AACTA Awards presented by Presto Industry Luncheon, which will be held on Monday 5 December at The Star Event Centre in Sydney. This event continues to grow as a highlight on the industry calendar, with record attendance each year.
The 6th AACTA International Awards will be presented in Los Angeles in January 2017, and will again be telecast on Foxtel, with more information to follow later in 2016.
AFI | AACTA CEO, Damian Trewhella, said the launch of the new awards season marked a strong year ahead for AACTA and the Australian screen industry.
“Now in our sixth season, the AACTA Awards continue to go from strength-to-strength, with more awards created in line with industry needs and consultation, and a fantastic broadcast home on Channel Seven driving a great show format and new audiences to celebrate the best of Australian screen.
“Last year was a record year for the Australian film industry, which saw robust competition among our nominees and winners. This year is shaping up to again see healthy competition, with some of our industry’s biggest names returning in front of and behind the camera, including Hugo Weaving and Toni Collette under the direction of Rachel Perkins in JASPER JONES, Geoffrey Rush and Sam Neill starring alongside young performer Odessa Young in THE DAUGHTER, which marks a directorial debut for Simon Stone, and GOLDSTONE director Ivan Sen leading a stellar cast including David Gulpilil, Jacki Weaver and David Wenham, to name just a few.
“We look forward to seeing which outstanding Australian practitioners, performers and productions will be in competition this year, including for our new Hair and Makeup Award, which we are pleased to introduce with thanks to the support and advice of the industry, in particular the Australian Production Design Guild and internationally awarded practitioner, Lesley Vanderwalt.
“We also look forward to another great show with Channel Seven, and to two outstanding major awards events held at The Star in stunning Sydney this summer,” Mr Trewhella said.
NSW Minister for Trade, Tourism and Major Events Stuart Ayres said, “Sydney is without doubt the nation’s hub of culture and innovation and a fitting home to showcase the screen industry’s best and brightest. We’re delighted to welcome the AACTA Awards and Industry Luncheon back to Sydney for another year in the continuing partnership between AACTA and the NSW Government’s tourism and major events agency Destination NSW.”
Brad Lyons, Director of Production, Channel Seven said, “Channel Seven is thrilled to again telecast Australia’s preeminent screen awards in celebration of our nation’s finest film and television. We look forward to celebrating Australian stories and culture captured on the big and small screens with our audiences in a fantastic new show in December.”
Lesley Vanderwalt, who was instrumental in creating the new AACTA Award for Best Hair and Makeup and, who recently received an Oscar and a BAFTA Award for her work on MAD MAX: FURY ROAD, said:
“Australian hair and makeup practitioners are internationally renowned and recognised for their technical skill and excellence, including at the Oscars and BAFTAs. Whilst we’re proud of this international recognition, we’re also very proud of our roots, and of our contribution to Australian screen productions, and nothing feels as good as being recognised at home.
“Not only will the new AACTA Award for Best Hair and Makeup open new doors for our best and brightest at home and abroad, it will inspire generations to come to pursue a career in this creative industry. I’m proud to have been part of a dedicated group supported by the APDG to create this award with AACTA, and look forward with great anticipation to seeing who will take home the inaugural award this year.”

CALL FOR ENTRIES & JURORS
Call for Entries: Entries across the following categories for the 6th AACTA Awards presented by Presto open at 9am on Thursday 14 April 2016: Feature Film; Feature Length Documentary; Documentary Television; Short Animation; and Short Fiction Film. Entry eligibility and closing dates vary per category. Please note a change in the criteria for Feature Film direct eligibility into the 6th AACTA Awards presented by Presto; eligible Feature Films must be publicly exhibited during the release period for paid admission in a commercial cinema for a run of at least fourteen consecutive days, in a minimum of four Australian capital cities – including Sydney and Melbourne. All dates and information regarding how to apply for the 6th AACTA Awards presented by Presto can be found on the AFI | AACTA website from 9am Thursday 14 April 2016.
Important note: Entries for all television categories will open in May 2016, when AACTA will announce a number of newly created television awards.
Call for Jurors: AACTA Awards jurors determine the nominees and winners for a number of AACTA Awards categories across Film, Television, Documentary and Short Film. Jury positions are open to accredited members of AACTA only, and jury applications close 20 May 2016. Two new television juries will be announced in May 2016 in line with AACTA’s newly-expanded television awards.
To enter the 6th AACTA Awards presented by Presto, or to apply to become a juror, visit the AFI | AACTA website from 9am Thursday 14 April 2016: www.aacta.org.