‘I DON’T EVEN KNOW YOU ANYMORE‘ 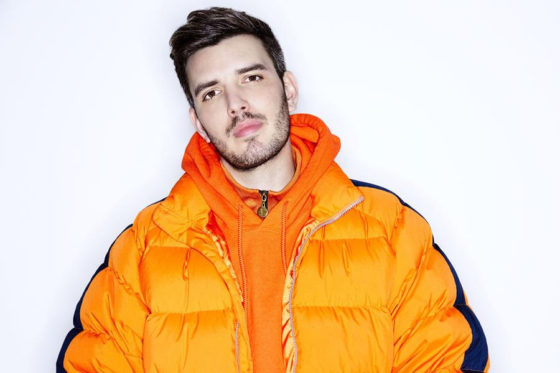 Today, award-winning globally renowned electronic music producer NETSKY
releases the brand-new single “I Don’t Even Know You Anymore” ft. Bazzi & Lil Wayne via Republic Records and Casablanca Records. Listen HERE.
About today’s release, NETSKY said, “As soon as I heard Bazzi’s topline I knew it was special. We ended up doing a few different versions of the song before we found the production that felt perfect. It turns out it had always been a dream of both of ours to work with Lil Wayne and we couldn’t think of anyone we’d rather have to jump on the track and complete the song. I’m excited for the world to hear what we’ve done together.”

“I Don’t Even Know You Anymore” is the third installment from forthcoming
Palmtrees & Powerlines, the two-part project that explores both NETSKY’s magnetic brand of pop music (on Palmtrees) and his genre-bending innovation as a creator of club tracks (on Powerlines). Each song from Palmtrees & Powerlines will find a place within one of these two worlds NETSKY has built. “I Don’t Even Know You Anymore”continues to build upon Palmtrees, alongside the previously released “Téquila Limonada” feat. A.CHAL. While last fall NETSKY released “Ice Cold” with David Guetta, which finds its home in Powerlines.

NETSKY closed out an exciting 2018 by releasing Abbot Kinney EP, which featured five new songs with collaborations from Stargate and 1991, as well as features from Kyle, Toulouse, and Jozzy. Stay tuned for more to come from Palmtrees & Powerlines.

ABOUT NETSKY:
NETSKY quietly emerged as not only Belgium’s hottest musical export this decade, but also as a tried-and-true electronic music trendsetter. Beyond standout sets at Coachella, Glastonbury, Pukkelpop, and beyond, he drew a capacity crowd of 18,000 in 2017 in Antwerp’s Sportpaleis Arena. He envisioned and ignited “Netsky & Friends” as an extension of his creative influence, curating and hosting a stage at Tomorrowland and descending on numerous other markets throughout 2018 and beyond. Among countless awards, he became the highest ranking drum ‘n’ bass DJ in the coveted DJ Mag Top 100 in addition to making history as “the youngest ever recipient of the Flemish Culture Award for Music.” Amidst a catalog of hits, his smash “Rio” attracted a feature from hip-hop titan Mackelmore on the “Rio Remix”—which would be noted as an unofficial Olympics 2016 anthem. Appropriately, he served as the official artist ambassador for the Belgian Olympic team. Everyone from Ed Sheeran and Dua Lipa to Jack Ü has also sought him out for remixes. However, he truly goes worldwide in partnership with Republic Records and Casablanca Records, and the upcoming release of Palmtrees & Powerlines.
ABOUT REPUBLIC RECORDS
A division of Universal Music Group, the world’s leading music company, Republic Records is home to an all-star roster of multi-platinum, award-winning legends and superstar artists such as Ariana Grande, Black Sabbath, Florence + the Machine, Hailee Steinfeld, James Blake, James Bay, John Mellencamp, Julia Michaels, Kid Cudi, Liam Payne, Of Monsters and Men, Post Malone, Seth MacFarlane, Stevie Wonder, Taylor Swift and more. Founded by brothers and chief executives Monte and Avery Lipman, it is also comprised of innovative business ventures, including American Recordings (The Avett Brothers), Boominati Worldwide (Metro Boomin), Brushfire (Jack Johnson), Casablanca Records (Tïesto), Cash Money (Drake, Jacquees, Nicki Minaj), Hollywood Records (Sofia Carson, Zendaya), Lava Records (Greta Van Fleet, Jessie J, Lorde), Monkeywrench (Pearl Jam), XO (The Weeknd, Belly, NAV), Young Money (Drake, Lil Wayne, Nicki Minaj), Roc Nation (Jaden Smith, Justine Skye, The Dream), among others. Republic also maintains a long-standing strategic alliance with country powerhouse Big Machine Records, and Universal Music Latin Entertainment. In addition, Republic has expanded to release high-profile soundtracks for Universal Pictures (Fifty Shades of Grey, SING), Fox TV (Lee Daniels’ STAR, The Four), and NBC TV (The Voice), as well as other notable film and television franchises.

ABOUT CASABLANCA RECORDS
Casablanca Records, the legendary label of the 70’s, defined the sound of its era. During the infamous days of Studio 54, Casablanca launched the careers of artists such as Kiss, Parliament, Donna Summer and Giorgio Moroder. Re-launched by Republic Records executive vice president Rob Stevenson, the label now focuses on Dance and Electronic music. Working with a global roster of both established superstars and emerging new talent, Casablanca Records is home to Stromae, ALMA, Kungs, Martin Solveig, Tiësto, Felix Jaehn, SG Lewis, Netsky and Phantoms.