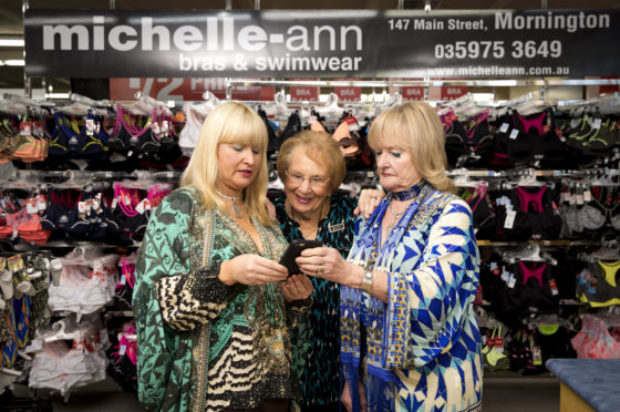 New series from the creators of Gogglebox
Premieres Wednesday July 5 at 7.30pm on Lifestyle and
Thursday July 6 at 8.30pm on TEN

Ahead of the highly anticipated premiere of Common Sense next week, Foxtel and TEN have released further details about the cast featured in the new fly-on-the-wall observational series from the creators of Gogglebox.

To be produced by Endemol Shine Australia, Common Sense will feature a cast of everyday people from 10 diverse workplaces across Australia discussing the news of the week and making sense of it all in a light-hearted, honest and hilarious way.

MORNINGTON, VIC
Glamorous mother and daughter duo Lois and Michelle-Ann run a succesful bra and swimwear shop in Mornington. Betty is an employee and is one the shop’s chief bra fitters. Having served the local town for decades, the ladies are well know to the local townsfolk. They are well-versed in debating the local gossip and daily news with each other and with the customers. After hours Michelle-Ann and Lois also run a Quarter horse stud farm where they breed cutting horses.

THE YIP FAMILY – DARREN, TRUDY, EILEEN AND MATT: MARKET SELLERS
FLEMINGTON, NSW
The Yip Family are a Chinese-Australian family who sell vegetables at Sydney Markets. Trudi is the day-to-day manager of the company, and working with her are her cousins Matt and Darren and her Aunt Eileen. The entire family were born in Australia and don’t speak Chinese, seeing themselves as Australians through and through. Whilst prepping their produce, the news bulletins are regularly blasting from the family radio at the warehouse, with the daily debate often helping them get through their long day. 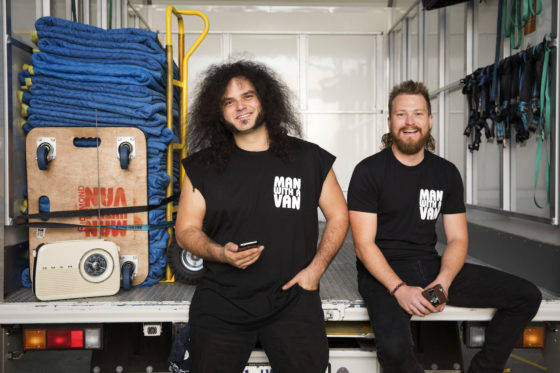 ABBOTSFORD, VIC
Brett and Laurence are an Australian Bill and Ted with an infectious dose of intelligence, wit and goofiness. They’re best mates who met on a shift at work one year ago and bonded over a mutual appreciation of ACDC. Originally from Wagga Wagga, Laurence is a metal-head with big hair and bigger opinions. Brett is a mullet-wearing West Australian big kid with a wicked sense of humour. Both are avid news consumers and are often found debating and arguing about the state of the nation, as they lift and haul furniture around the city. JEAN, AILEEN AND TED: RETIREES
KEYSBOROUGH, VIC
Jean, Aileen and Ted are a young at heart trio who live together in a retirement village outside Melbourne. They meet daily to talk about the world while playing cards in the communal crafts room. Due to their life experiences, each has their own interesting story to tell; from first-hand accounts of The Depression to the tragedies of war. Their curiosity about current world news means they are also the first to tackle the daily exploits of today’s celebrities, and have no issue in giving their take on the latest Kardashian exploits or celebrity court cases. 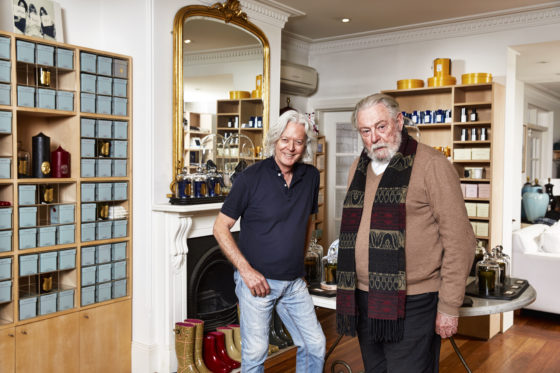 ROBERT AND FRANK: FORMER BUSINESS PARTNERS
WOOLLAHRA, NSW
Robert and Frank are a fabulously posh, eccentric and incredibly witty duo. Both in their 70s, they have a cheeky and educated sense of humour that is both sharp and very charming. Robert owns an exclusive fashion boutique in Sydney while Frank is an ‘Urbanist’ and advises on urban spaces. The pair met in the late 1970’s and soon became friends and business partners. Being older and wiser in their life experience, they have an eloquent way of explaining their views and opinions, which is incredibly entertaining and compelling to watch. 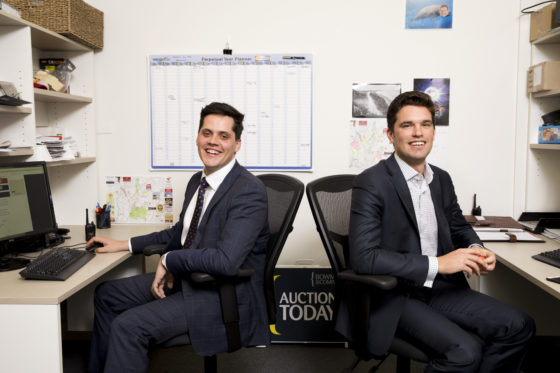 AYDEN AND JAKE: REAL ESTATE AGENTS
MORNINGTON, VIC
Jake and Ayden are archetypal young real estate agents; full of cheek and charm.
They met when they started work on the same day at the Real Estate agency around 18 months ago. They describe themselves as the real Harry and Lloyd from Dumb and Dumber. Ayden’s the dreamer and Jake’s the realist. Ayden’s been living in Mornington since he was 5 and was raised by his single mother. Jake has lived in Mornington for two years, having moved from Melbourne. 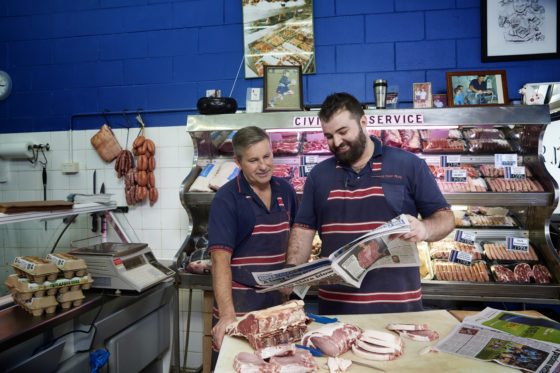 GALSTON, NSW
Eric and Luke are likeable, straight–shooting butchers. Eric owns ‘Eric’s Tender Meats’ and Luke is his friendly right hand man. Eric is a traditional, friendly and jolly local butcher, having been in the industry for 25 years. He hired Luke six years ago and they have a delightful father/son relationship. Eric is a working, single dad, and is often a second father figure to Luke, who is due to marry in August. The shop radio has seen better days but never fails to pump out the daily news, which is a continual source of debate between the guys and their customers.

SYDNEY, NSW
Steve and Andre are Sydney based Marketing Consultants and friends who have known each other for almost 30 years. They met while they were both DJ’ing and got a gig together. Since then, they’ve run hospitality venues together and forged careers as entrepreneurs and Marketing Consultants. They currently provide make-overs for businesses that need help to get back on their feet and become relevant. 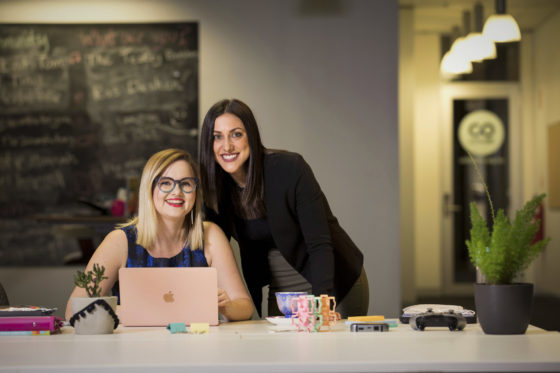 DOCKLANDS, VIC
Sarah is the young, intelligent and lively CEO of tech company Girl Geek Academy and Helen is her equally vivacious employee. The company encourages women ‘to learn technology, create start-ups and build more of the internet’. They essentially have a boss/employer dynamic, but it’s a relaxed one. Helen has a background in Cyber Safety and is incredibly passionate about it. Sarah learned computer coding when she was 5 years old on a computer called a Microbee at School. Helen and Sarah mainly get their news from online sources and social media. Sarah also listens to a lot of podcasts. 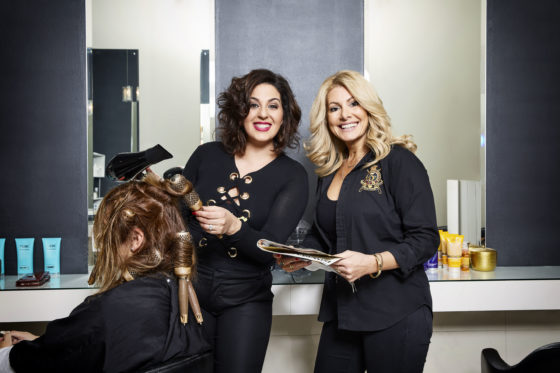 NIKKI AND KATHY: HAIRDRESSERS
KOGARAH, NSW
Kathy and Nikki are lively Greek-Australian hairdressers. Kathy has owned ‘Valet Salon’ for 20 years, having been a hairdresser since she was 14, while Nikki has been a stylist and manager at the salon for the past 5 years. A married mum of three, Kathy has quite traditional views, especially on parenting. Nikki is a mum to two young boys and has a more care-free attitude to life and work – this can often cause lively debate. Kathy watches the Today breakfast show religiously every morning and makes her kids watch too so they can learn about the world. Nikki catches up on her ENews fix on her phone and on social media.