NICOLAS CAGE TO DIRECT AND STAR IN “VENGEANCE: A LOVE STORY”

casting film Movie Nicolas Cage Vengence by Caroline Russo | on March 9, 2016 | 0 comments | in Film | Like it 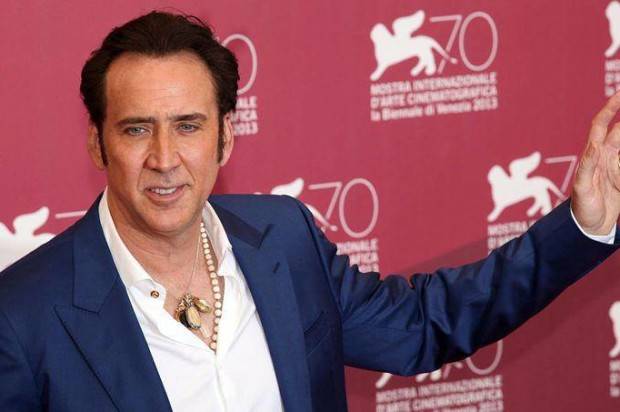 Nicolas Cage who is attached to VENGEANCE: A LOVE STORY as the lead actor “Detective Dromoor,” has also signed on to direct the feature, announced today by Michael Mendelsohn (USS Indianapolis, Zeroville, I Am Wrath, Lord of War, Air Force One, The Matrix, Reservoir Dogs), CEO of Patriot Pictures and Union Patriot Capital Management.

“I’m excited to work on Vengeance: A Love Story and bring Joyce Carol Oates’ bittersweet novel to the screen. Storytelling has always been my passion and I’m honored to work with this talented team to tell a tale of the suffering too many women have endured,” says Cage.

Story logline: On the Fourth of July, twelve-year-old Bethie Maguireflags down Niagara Falls Police Detective John Dromoor (Nicolas Cage). Bethie’s mother, Teena, has been brutally raped by four meth heads, was left for dead, and is being nursed back to health by her mother, Agnes,a strong, fierce advocate for her daughter and granddaughter who has taken on the responsibility of caring for them at great risk, as the meth heads are let out of jail on bail. Bethie’s testimony, along with the evidence collected, should be enough to put the boys in jail for life. However, the parents of the rapists hire the nationally renowned criminal defense attorney, Jay Kirkpatrick, who shifts the focus of evidence away from the defendants and puts the spotlight on Agnes’s daughter, the attractive plaintiff, Teena, challenging her credibility based on her sobriety, shoddy parenting, and sexual promiscuity. Moving at a relentless, compelling pace, “Vengeance: A Love Story” reveals how an act of unbelievable and raw brutality twists the lives of three generations of women, and sets Detective Dromoor on his own course of police vigilante justice.

“I love working with Nicolas Cage. He is a scholar, gentleman, and a talented actor. Delighted to work with Nicolas again, and excited for him to sit in the director’s chair to bring this special and important project to life, ” says Mendelsohn.

Remaining roles for VENGEANCE are currently casting and will be announced shortly.

Production team in Atlanta, GA is led by Johnny Martin. Completion bond is to be issued by FFI’s Kurt Wooler, and negotiated by Rich Cowan and Matt Warren.