NICOLE KIDMAN IS THE ‘QUEEN OF THE DESERT’

Damien Lewis film James Franco Nicole kidman Queen Of The Desert Robert Pattinson by Caroline Russo | on May 19, 2016 | 0 comments | in Film | Like it A true story of the life of British explorer and adventurer, Gertrude Bell, QUEEN OF THE DESERT chronicles her journeys of love and loss in the Middle East during the early 20th century.

A curious and adventurous young woman eager to explore the world outside of England, Gertrude Bell (Kidman) goes to the British embassy in Tehran where she quickly falls in love with a secretary of the embassy, Henry Cadogan (Franco). This sparks the beginning of a life-long adventure among the beautiful but misunderstood peoples and cultures of the Middle East. Along the way, her path intersects with archaeologist T.E. Lawrence (Pattinson) also known as Lawrence of Arabia, and Major Charles Doughty-Wylie (Lewis), the British Consul General in the Ottoman Empire. 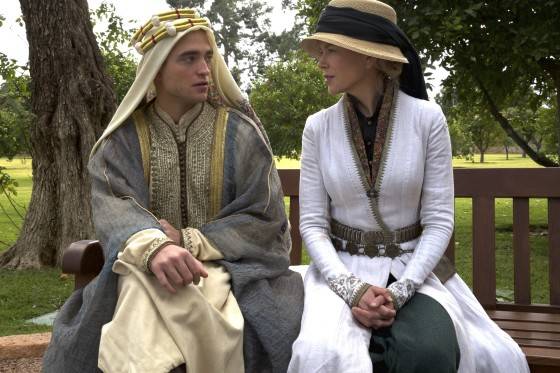 Queen Of The Desert releases in cinemas on June 2