AFL axed shows nine Footy shows the footy show by Caroline Russo | on May 10, 2019 | 0 comments | in Entertainment | Like it 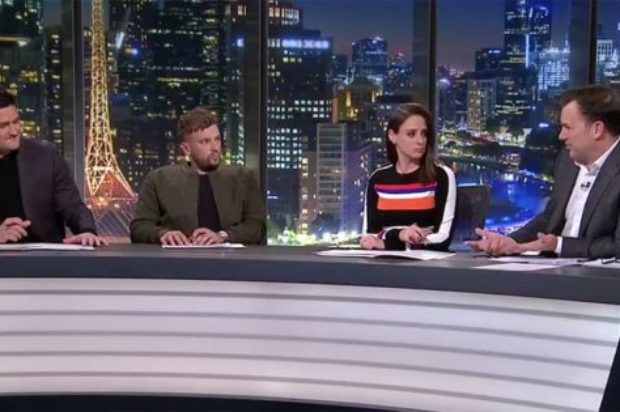 Last year fans and panel of Nines The Footy Show was under the gun but today after just seven episodes this year it has been axed.

The long-running primetime show, which premiered in 1994, was revamped ahead of this season with new hosts Anthony Lehmann, Neroli Meadows, Dylan Alcott, Brendan Fevola and Shane Crawford taking over.

But the new-look show struggled in the ratings with Channel Seven’s The Front Bar dominating the timeslot. Last week’s five city metro figures saw The Front Bar reach 427,000 compared to The Footy Show’s 97,000.

“I want to thank the current hosts, Anthony Lehmann, Neroli Meadows, Dylan Alcott, Brendan Fevola and Shane Crawford, the former hosts of The Footy Show, and the hard-working crew for their great contribution,” Scriven said.

“It is with regret that The Footy Show will no longer be produced. It has been a tough decision to end the program that has been such a trailblazer, but sadly the new show has not captured audiences in the way we had hoped.

“Over the past three decades Nine has led the way with AFL entertainment and news programs and we will continue to do so, with the production of the award-winning Footy Classified and the Sunday Footy Show.

“We remain committed to the AFL and creating great AFL content, and we will continue to focus on new ways to engage audiences who love the code.”

The Footy Show clocked up 735 episodes since it premiered in 1994, making it the longest-running sports entertainment program in the history of primetime television.