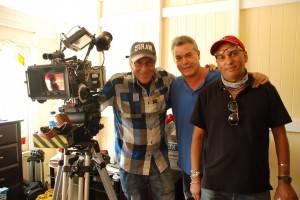 Martinetti has the painter’s eye

Nino, who is well-known for his outstanding work on the film “Molokai”-The Story of Father Damien, directed by Paul Cox, and winner of an Australian Film Institute Best Cinematography Award for the feature film Exile, will talk about his experience using digital photography for the film Bad Karma starring internationally acclaimed actor Ray Liotta and Dominic Purcell.

Yet the key ingredient to Nino’s success as a cinematographer is what Nino calls his keen ‘painters’ eye which enables him to see art in life and capture the imagination through storytelling in pictures.

As a boy growing up in Rome, a city renowned for art and culture, Nino discovered he loved to paint.

“I would come home in the afternoons at the age of six and sit for hours painting,” recalled Nino.

“At the age of eight my uncle gave me a 35mm camera for my birthday.” 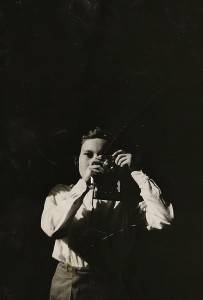 “He must have seen something in me – known I had it in me to capture the moment in pictures.”

“I still have the camera and my first self-portrait taken with that camera in a mirror.”

The camera was a faithful companion for Nino, yet as he grew older he found another passion that would help him develop skills that would one day ensure he would excel in cinematography.

That passion was car racing. Handsome, full of life and studying Humanities, Science and Art at the College Santa Maria in Rome and the Institute of Manieri-Copernico Liceo Scientifico, Nino had set his sights on being a professional race car driver at the age of 19.  But it wasn’t to be.

“It was a very expensive sport and money had run out,” said Nino. “Then I was conscripted into the army.” “When I got back home after the army my life had changed far too much.”

“I got in my car and drove to London where I studied English and developed an interest in photography and car racing was put behind me.” 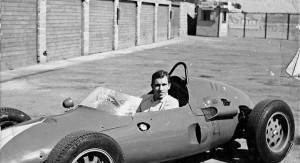 Nino’s growing interest in the arts and filmmaking saw him move to Australia in 1973. He studied Art and Design, majoring in Photography, Film and Video at the Prahran College of Advanced Education in Melbourne. In 1980 Nino was nominated for a Best Cinematography Award for his first short film Buckeye and Pinto. He then filmed two episodes of the award-winning TV mini-series Women of the Sun.

His first feature film, Wills and Burke followed as well as many others esteemed film projects that forged a professional bond between Nino and Internationally acclaimed Australian director Paul Cox. 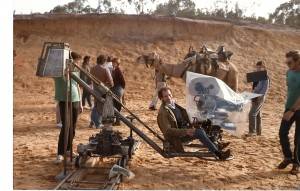 Art house films were Nino’s bread and butter, satisfying his appetite for quality creative work that honed his skills and showcased his talent as a Melbourne-based cinematographer.

On occasion Nino had been invited to work in Queensland, mainly on American projects. In 1988 Nino spent four months on the Gold Coast filming Paramount’s TV Series Dolphin Cove. That was an historical event as Nino was the first cinematographer to shoot a film project at the Warner Roadshow Studios.

“It was a great experience,” said Nino. “The Americans treated me well.”

“In fact, I can say that thanks to the Americans I am still in business today.”

The time Nino spent in Queensland for Dolphin Cove was enjoyable, yet he wasn’t convinced it was where his career was leading him.

He would rethink the option to live and work in Queensland 11 years later, but for a reason far removed from his career.

In 1998 Nino found himself in Hawaii to film Molokai: The Story of Father Damien, a co-production between Australia and Belgium.

“I had been trying to move out of Melbourne for a while.”

“When I came back to Australia, and having enjoyed the Hawaiian lifestyle so much, wearing T-shirts and shorts and swimming every day, Queensland became more appealing.”

“So I made a lifestyle choice rather than a career choice in the name of love for the ocean.”

“I had many jobs one after another up until 2001; and made a lot of money and a lot of enemies because the completion was fierce.”

“Then all of a sudden production was down, so in 2004 I took a job in Singapore to film a German mini-series and had the privilege of working with the Italian director Marco Serafini, another director I greatly admired and would find myself working with again.”

After his work in Singapore, Nino settled back into Queensland on the Gold Coast with a more relaxed approach to life and a selective attitude towards work.

The filming of Bad Karma was an example of Nino’s selectiveness.

“Bad Karma was one of the highlights of my career as the entire film shoot was digital,” he said.

“Being old school and used to shooting on film, I took the challenge and did the shoot in 18 days with excellent results.”

“I went along to the film’s Gold Coast first cinema screening of the film and was very pleased with the quality.” “I had shot Bad Karma quickly and with little equipment and still produced a product of international standard.”

Nino, who teaches part time at the New York Film Academy on the Gold Coast, said some cinematographers could take six to 12 months to shoot a film.

While Nino respects the art of shooting on film, he is fast becoming aware of the success achieved with digital cameras. He mentions the Bond film Skyfall, a huge milestone in his opinion.

“The cinematographer of that film, Roger Deakins is my age,” comments Nino.

“Film laboratories to facilitate these films are becoming scarce as the digital age impinges on traditions in the industry.”

However, Nino is quick to point out that young up and coming filmmakers who want instant results using digital cameras should be warned of not learning the skills and disciplines of filming on film.

“They seem to lack the passion, enthusiasm and patience which are so important in cinematography,” he said.

“People talk about what technology can do for them, but you also have to have talent – the eye.” “I liken it to my days racing cars.”

“Many of the skills you need for car racing are what I apply to my filming, such as accuracy, good reflexes and calculated risks.” “I often think of the clapboard on film sets as the flag on the racecourse.”

“You have to understand lighting and composition, and be able to isolate the shot.”

“I do this when I take my iPhone with me when I walk the dog.”

“I see something that catches my eye and find that perfect shot.” “I am always using my skills.”

“It’s funny because people keep asking me if I want to retire.”

“Most people retire to travel.” “I have travelled the world and lived the five-star life, so why would I retire?” “I do what I enjoy, and right now that is continuing my work as a cinematographer and passing on knowledge and traditions of my trade to young filmmakers.”