No Wyld says of their EP: “ASCENSION explores our fears, hopes, motivations and realisations so far on our Nomadic journey towards achieving our dreams. The concept of an ‘ascension’ or ‘rise’ is one many people are familiar with and can relate to, whether they experience it themselves or hope to at some point. It’s really just describing our desire to keep moving forward past any obstacles. Each song represents a different aspect of that push.”

No Wyld has spent the past year gathering steam and support from early adopters for their sound, best described as a lush amalgamation of  hip-hop, alternative rock, and electronic elements. Early support has come from MTV Iggy, NYLON, Pigeons  and Planes and The Fader, who premiered the music video for Odyssey, praising the track for its “effortlessly forward-moving drum line, rich orchestral arrangements, sweeping chants, and Mo Kheir’s nimble flow.”

The trio, comprised of lead vocalist  Mo Kheir, keyboardist and vocalist Brandon Black, and guitarist Joe Pascoe, first met in  Architecture school and through the fashion and music scene in Auckland. Quickly forming a band, they began working on their now trademark sound of down-tempo hip hop, soul and guitar driven alternative rock all anchored in eclectic references.

No Wyld burst onto the scene in 2013 after they released their music onto file sharing sites, which quickly racked up streams and remixes through word of mouth. The buzz was strong enough that the industry began to take note and soon ‘Odyssey’ was featured in a prominent McDonald’s spot during the Sochi Winter Olympics. As the buzz grew, they signed a deal with Columbia Records and moved to Brooklyn to focus on recording and performing live. 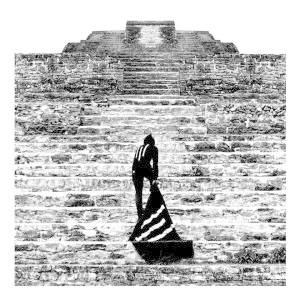